Off Grid Electric Expands Footprint in Africa with EDF Partnership

Friday, 19 January 2018
0
REM
Off Grid Electric , a rooftop solar provider with headquarters in Tanzania, is expanding. Off Grid Electric and EDF will grow their partnership in West Africa by offering off-grid solar solutions to households in Ghana. In Africa, Off Grid Electric  is known by its consumer brand Zola. To support continued expansion and new product development, Off Grid Electric has secured $55 million in Series D funding. 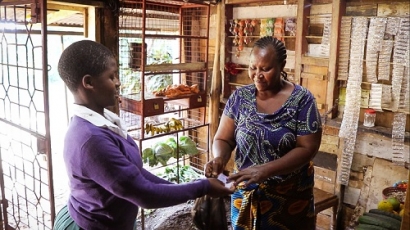 The company’s Series D funding was led by Helios Investment Partners, with support from GE Ventures, the venture capital subsidiary of General Electric. Helios is one of the few independent pan-African private investment firms founded and led by Africans, and has built a reputation as a partner of choice on the continent with successful investments across sectors and geographies.

“We are excited to work closely with Helios and GE Ventures to accelerate our next stage of growth. They join a roster of strategic and capital partners that is already the strongest in the industry, including Tesla, Total, EDF, DBL Partners, Zouk Capital, Vulcan Capital, and Omidyar Network,” said Bill Lenihan, President, Off Grid Electric.

Off Grid Electric and EDF first partnered for a joint venture in Côte d’Ivoire in November 2016. This was the first large-scale operational partnership between a global energy company and a leading off-grid solar company. Together, they aim to expand their market leadership in Côte d’Ivoire and create thousands of new jobs ranging from call-center employees to sales managers to technicians.

Building on their success in Côte d’Ivoire, where the company already has over 10,000 customers, Off Grid Electric and EDF are expanding their partnership to Ghana. Both companies will operate and share financial risks.

The Ghanaian company CH Group will join Off Grid Electric and EDF, and hold a 20% share in the partnership.

Photo: Grace is able to keep her shop open at night with solar, dramatically increasing her earnings (Off Grid)