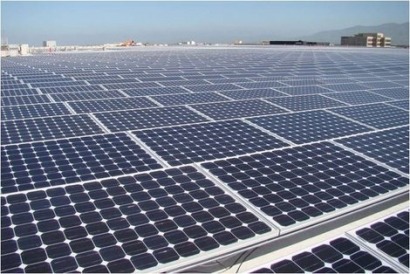 Around 200 guests were present at the launch ceremony including Mr Hirose, the governor of Oita Prefecture and Mr Kugimiya, the Mayor of Oita City. The massive 82.2MW solar power plant was constructed in Coastal Industrial Area No 6 in Oita City and first began commercial operation in March 2014.

It is the largest individual company project at a single location and will be capable of generating an estimated 87 million kWh annually, corresponding to the annual power consumption of 30 thousand houses, together and displacing 35 thousand tons of carbon dioxide.

The electricity generated by the power plant will be sold to the Kyushu Electric Power Company through a 20 year power purchase agreement.

Marubeni has now embarked on other mega-solar power plant projects including a 49MW project on the border of Mie and Aichi Prefectures and a 28.3MW project in Miyagi Prefecture. In addition to its solar power projects, the company is also involved in offshore wind, geothermal and small to medium scale hydropower.