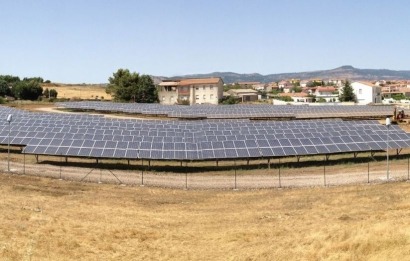 IKAV SICAV FIS acquires European solar plants and its stakeholders are European insurances and pension funds. The investment advisor is ecoprime GmbH in Hamburg, which supported the Fund in the identification, selection and sales negotiation processes.

“A good Return on Investment is key in selecting solar investments," said Constantin von Wasserschleben, Director at IKAV. "Looking at the track record of REC as a solar provider worldwide, the quality and performance of the REC installations on Sardinia make this a very sound investment for the Fund.”

The projects, which comprise approximately 31,000 REC solar panels, are now on grid, producing 12.5 MWh of solar energy every year for use in Sardinian households.

The installations were planned, developed and built by the systems business of REC, which has already delivered over 130 MW turnkey solar installation projects to investors and clients around the world.

The Sardinia installations are ground-mounted, using a combination of high performing REC 245 and 255 Peak Energy solar panels, and together cover an area of approximately 16 hectares of land.

“We are pleased to be continuing our involvement in the solar power industry in Italy with the installations on Sardinia," said Matthias Ermer, Managing Director, REC Systems.

"Together, the four Sardinian installations we’ve developed and built have a total power output of just under on 8,000 KWp,” Ermer continued. “Excellent collaboration with local partners and stakeholders throughout the development and construction process made it possible to realize this project in a very short timeframe.”

In a written statement, REC said the Sardinian projects reflect itscommitment to solar power, despite the expiration of the Conto Energia 5 feed-in tariff.

“Italy has reached the end of the feed-in tariff era for solar power, and we expect the market will be driven by the new tax credit scheme, which will then be attractive for smaller system sizes up to 200 kW,” said Matthias Ermer. "REC, with its latest project, has reinforced its already strong reputation as a turnkey provider of solar power installations and is ideally positioned for new opportunities in this evolving and other European markets."