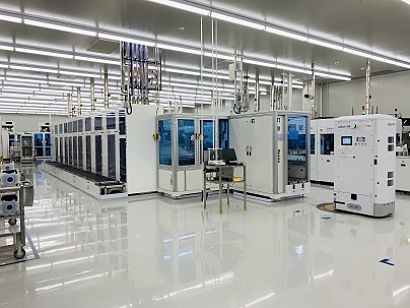 The Alpha module is a high power 60-cell module REC is now producing at a $150 million production site in Singapore, amounting to an additional 600 MW of heterojunction (HJT) cell and module capacity and bringing REC Group’s total module capacity in Singapore to 1.8 GW annually.

The REC Alpha Series was initially launched at Intersolar Europe on May 15, 2019 and presented to a wide audience at further major industry events in the US, Japan and India. The first rooftop systems from initial production volumes have already been installed in Italy, the Netherlands, US, Australia, New Zealand and Japan. The Alpha series utilises the most advanced commercialised technology and delivers up to 380 watt-peak (Wp), translating to a leading power density of 217 W/m², providing 20 percent more power than conventional panels in the same area. It performs perfectly in both cold and hot climatic conditions and is supported by a super-strong frame which can withstand even the most severe weather.

“Our dedicated goal is to empower consumers” said REC’s CEO Steve O’Neil. “And we know that only with big leaps, the global energy transition can thrive. Alpha is a crucial tool for homeowners to do exactly this and gain energy autonomy.”

REC’s Chief Technology Officer Shankar G. Sridhara, added that the opening of the new factory is a bold move, as is producing 600 MW in one shot.