Tuesday, 07 July 2015
0
ReNew Power has announced an agreement with Hareon Solar to develop a 72 MW solar power project in the Indian state of Andhra Pradesh. 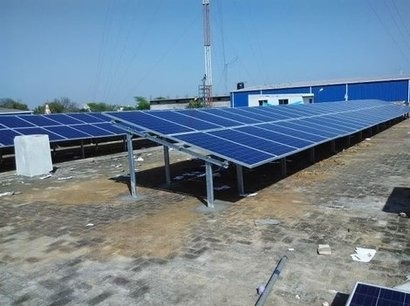 It is the first time that Hareon Solar has invested in a project in India. The company will supply the project, which is located in the Kurnool district, with 234,161 crystalline silicon solar modules with delivery beginning in August 2015 and completion scheduled for December and commissioning in March 2016. The power generated by the project will be sold under a 25-year power purchase agreement to Southern Power Distribution Company of Andhra Pradesh Ltd (APSPDCL). The project will provide electricity to more than 30,000 households and displace 115,895 tonnes of carbon dioxide emissions per year.

“By pairing Hareon’s high efficiency solar modules production with ReNew Power’s extensive experience in executing projects in India, we aim to significantly contribute to meeting India’s rapidly expanding energy requirements in a sustainable manner” said Sumant Sinha, Chairman & CEO, ReNew Power. “I firmly believe that in the next decade, nations like India and China will lead the way on solar as the ultimate source of sustainable energy.”

Samuel Yang, Chairman and CEO of Hareon Solar, added that the project is an important part of the company’s strategic investments in the Indian solar market and that it expects this market to grow rapidly in the years ahead.

The Indian government is seeking to more than double the country’s share of renewable energy sources to over 15 percent in about a decade.

ReNew Power is one of India’s largest clean energy companies and currently owns clean energy assets of more than 1,000 MW, commissioned and under-construction. It is aiming to play a pivotal role in the reduction of India’s carbon footprint and in meeting the country’s growing energy needs in a sustainable manner.

Hareon Solar is headquartered in Jiangyin, Jiangsu Province, China and was established in 2004. It is one of the country’s largest crystalline silicon solar cell and module manufacturers with around 1,600 MW per year of solar cell manufacturing capacity and about 1,200 MW per year of solar module manufacturing capacity across five manufacturing bases in China. The company has also invested in and commissioned more than 800 MW of PV projects worldwide and has a global footprint, with operations and subsidiaries in Australia, Germany, India, Japan, South Africa, and USA.