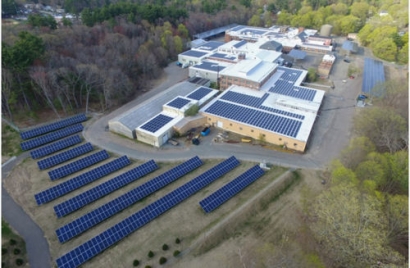 “ECA Solar has been a fantastic and reliable partner throughout this process, and Safari Energy is proud to take these projects forward as their long-term owner,” said David Heyman, CEO Safari Energy. “We’re excited to grow Safari Energy’s presence in Massachusetts through these acquisitions, and we’re proud to continue supporting the advancement of the Bay State’s renewable energy agenda, as one of the top developers and owners of solar assets in the state,” he added.

The portfolio is made up of rooftop solar systems, a solar carport canopy and ground-mounted solar panels. The systems are expected to produce as much as 5.6 million kilowatt-hours of electricity per year, avoiding nearly 4,000 metric tons of carbon dioxide emissions annually, or the equivalent CO2 emissions from 726 homes’ electricity use for one year, nearly 10,000 barrels of oil consumed, or more than 486 million smartphones charged.

“Building scale and velocity with this Massachusetts renewable energy portfolio was only possible with the support and expertise of the Safari Energy team. Their track record and communications made the closings a seamless process,” said Todd Fryatt, President, ECA Solar.

The portfolio that Safari Energy acquired includes three solar systems in Canton, two in Sharon and one in Woburn, Massachusetts, all of which are areas served by Eversource. The projects benefit from the SMART incentive program available in Massachusetts, which incentivizes renewable energy generation.