Friday, 12 October 2018
0
Robin Whitlock
REC Group has confirmed its full support for a more ambitious approach to decarbonisation with a comprehensive study that finds solar energy can make a significant contribution to limiting the global temperature rise. 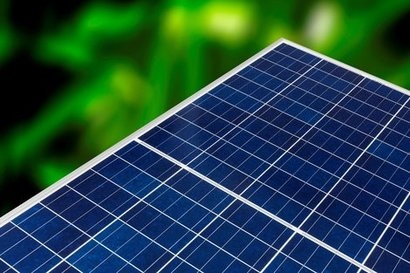 REC Group, the largest European brand of solar photovoltaic (PV) panels, welcomes this week’s special report ‘Global Warming of 1.5°C’ by the Intergovernmental Panel on Climate Change (IPCC), the UN body for assessing the science related to climate change. The report again confirms and reiterates that climate change impacts are already seen today. It also stresses the need to actually limit global warming to 1.5°C rather than the 2°C of the Paris Agreement and to heavily accelerate CO2 emissions reductions.

“Being in the solar industry for more than 20 years, we fully support the 1.5°C goal and a more ambitious global energy transition” said Steve O’Neil, CEO at REC Group. “Considering the rapid cost decline of solar PV by 75 percent since 2010, we are confident that solar is a game changer and can make a significant contribution to reducing emissions. The results of our study were eye opening: to be on track by 2025 to close the emissions gap, the required global solar capacity ramp up is up to 4,800 gigawatts (GW) more than industry analysts have been forecasting before the Paris Agreement.”

To put this in perspective, at end 2017, 422 GW of cumulative solar PV capacity had been installed globally.

REC Group initiated its study ‘Closing the COP21 Gap by Going Solar’ with a special intelligence task force immediately after the Paris Agreement. It was one of the first studies investigating solar’s potential contribution to the Paris Agreement and the required capacities. The analysis includes different global scenarios as well as country breakdowns for the USA, Germany, India, Japan, The Netherlands and Belgium.

The REC study examines potential pathways at global and national levels and finds that required solar capacity ramp ups could be up to nine times higher in 2025 than predicted by any other forecast.

USA: Cumulative solar PV installations of approximately 790 GW are required in the U.S.,   which is four times the current forecast installations through 2025.

Japan: Cumulative solar capacity of 250 GW in addition to the current forecast is required by 2025.

The Netherlands: Cumulative solar installations of 14 GW are required by 2025, just under double the current forecast.

India:  Despite a low electricity consumption per capita, India will require cumulative solar installations of 374 GW above the current forecast by 2025 because of the 73 percent share of coal in its electricity mix today.

Germany: Eliminating nuclear as well as coal as the major emissions contributor in the electricity mix, Germany needs to install 8 GW of above-forecast solar capacity every year to 2025.

Coal is in fact an issue in all of the countries that REC investigated.

“In line with the IPCC report, we call for a rapid phase out of coal from the global electricity mix” O’Neil added. “While solar is steadily driving down costs, coal just hit a five-year record high at $100 in Europe. Today, it is already more cost competitive to build new solar plants instead of coal-fired power plants in many locations worldwide”.

In its special report, IPCC calculates a cut of coal’s share in the global electricity mix by at least two thirds by 2030 relative to 2010. Indeed, in addition to corporations and investment funds, some nations, states and cities already committed to phase out coal from their power generation mix by a certain date, most recently the American state California. Since 2010, more than 270 coal-fired power plants have been retired across the entire USA or are scheduled for retirement by a concrete date. 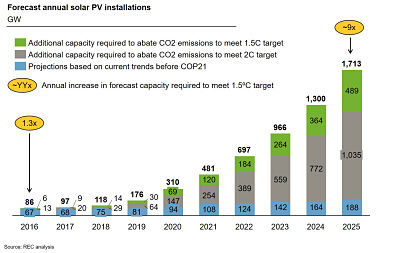 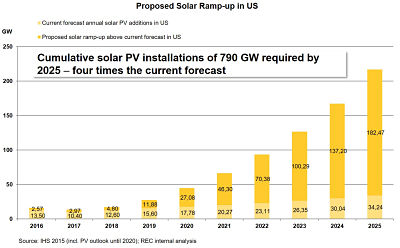 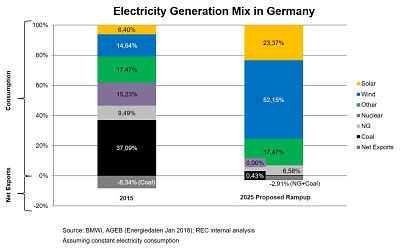