Solar Generation in the Age of the Climate Crisis

Thursday, 03 February 2022
0
In 2021, the term climate change grew more prominent in the public domain and imposed itself on the lives of individuals around the globe. Understanding the causes of climate change has become vital in understanding how we prevent its accelerating nature, specifically how and which human activity is contributing to the imbalances of natural, worldly processes. 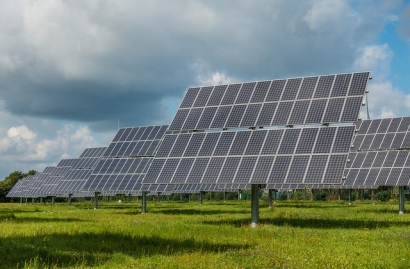 Image by Sebastian Ganso from Pixabay

Currently, our dependence on different forms of fossil fuel, from coal, oil and natural gas has increased because of reliance to keep up with growing consumer demand and growth within a global economy revolved around production. Our systems globally from transportation and logistics to construction and structural development are reliant on fossil fuels for our societies to progress and expand. But within the sphere of exponential growth around the world, consequences have begun to take their toll in the form of the negative impacts of anthropogenic climate change. The resources facilitating such growth in the forms of fossil fuel cannot continue at their current rate, but how do we continue civilizations development if we restrict ourselves of the resources fueling such transformations?

Alternative technologies and fuels are in constant development. Reliance on energy sources that have been historically detrimental to the earth’s climate through produced emissions is slowly, but surely ending. The scientific evidence highlighting human contributions towards climate change have become consistently stronger within contemporary civil, public and private sectors of society, only furthering the case for a transition to cleaner, greener forms of energy.

Concentration of resources has been a familiar theme through the industrial revolutions taking place globally. The finite availability of materials has been delegated towards western societies to ensure their status and economic superpowers, while other nations have been left to develop without economic securitization. Transitioning global energy sources requires a multidisciplinary approach towards the issue.

For the globe to fight climate change to the best of its abilities, collaboration, communication and equitable access to resources must be attained. Materials for renewable energy sources for the likes of solar and wind farms need to be distributed and available globally to combat the threat of climate change.

Financial investment in solar technologies is needed as well as divestment from existing sources of energy in the form of fossil fuels. Distributing finances globally to mitigate the effects of climate change through solar transition and other forms of energy is equally  important. Reliance within developing nations to counteract an increase in fossil fuels needs to come from economically secure nations who have the means to distribute wealth equally to combat climate change.

Concentration of resources for renewable energy purposes is a flawed principle. If every nation does not have access or support in constructing new forms of energy sources, in wind, solar and hydroelectric for example, then the continuation of fossil fuel usage will not subside, as many nations are still dependent on fossil fuel use for their livelihoods and for their societies and cities to adequately function.

For solar specifically, distributing resources and materials for production is vital towards its success. Having the technology and infrastructure available within different countries globally will benefit millions if not billions of people around the world. Through innovative technological developments, harnessing solar energy could provide power globally, while reducing the levels of carbon emissions produced from harmful energy sources derived from fossil fuels.

Storing this energy is also vital and comes with further challenges relating to accessibility of technologies, resources and skilled individuals primarily focusing on renewable technology. In many countries globally, solar energy is limited to environmental factors that affect its production efficiency, such as weather clarity, shading and solar panel orientation. As a result, the case for solar energy storage to become accessible to all has become stronger and stronger, and as the technology of solar energy storage has progressed, so to has the incentive for solar energy to become a dominant source of power.

However, storage of solar energy also has its drawbacks. The cost of storing solar is arguably the main constraining factor, but also the lack of access in certain countries to materials, as well as trained engineers and professionals who specialize in solar energy is a setback to accessible renewable energy globally.

For countries to meet their declared Net Zero targets and adequately phase out fossil fuel production, there needs to be a declaration of equity globally so that less economically developed countries can also afford to implement renewable energy sources for themselves. Once sources of renewable energy are made globally accessible, tackling the climate crisis will be far more manageable and will allow the transition away from fossil fuels to come quicker.