Solar may produce most of world’s power by 2060, IEA says

Tuesday, 30 August 2011
1
REM
A senior analyst in the renewable energy division of the International Energy Agency has suggested that photovoltaic and thermal solar plants may produce the majority of the world’s power within 50 years. 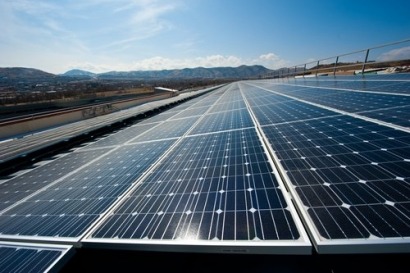 In an interview with Bloomberg reporter Ben Stills, Cedric Philibert said solar power could meet more than half of the world’s energy needs by 2060. This would significantly reduce the amount of greenhouse gas emissions which are currently generated.

Philibert also suggested that wind, hydropower and biomass plants would supply much of the remaining generation in the future.

“Photovoltaic and concentrated solar power together can become the major source of electricity,” Philibert told the news service. “You’ll have a lot more electricity than today but most of it will be produced by solar-electric technologies.”

These statements go well beyond the Paris-based agency’s previous forecast that suggested solar power would only meet about 21 percent of the world’s power needs by 2050.

The new analysis will be published in an IEA report later this year.

Philibert is expected to provide more details on the forecasted scenario at the ISES Solar World Congress 2011 in Kassel Germany on 1 September 2011. The other presenter during the session will be Dolf Gielen, Director of IRENA’s Innovation and Technology Centre in Bonn.

He will speak on the topic of moving away from fossil fuels and towards cleaner electric power. He is also expected to explain how these changes will result in carbon dioxide emissions from the energy sector falling to about 3 gigatons per year compared with the current rate of approximately 30 gigatons this year.

Earlier this year the International Energy Agency expressed concern that renewable energy technologies were being outstripped by a demand for fossil fuels, with the coal leading the way.

In light of this conclusion, the IEA said that fossil fuels subsidies should be removed to better enhance the viability of the renewables sector.