Friday, 06 April 2018
0
Dan McCue
The South Carolina House of Representatives on Thursday voted in favor of a bill that will eliminate a cap solar industry advocates say threatens future expansion of the renewable sector. 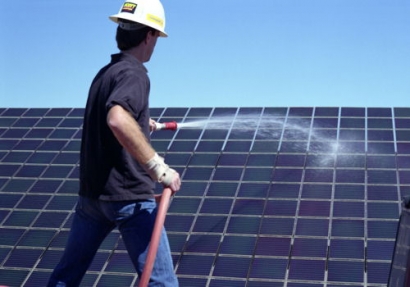 The vote in the House, the lower of the two houses in the state's General Assembly, was 64-33. The measure now moves to the Senate, where a vote had yet to be scheduled as of Friday morning.

The flurry of activity involves an amendment to Act 236, a 2014 South Carolina law that made it easier for businesses to lease solar panels to property owners who could not afford the high upfront cost of buying panels.

The law also guaranteed homeowners favorable electric rates once the panels were installed.

Advocates for rooftop solar who rallied in the state Capitol on Tuesday said the law led to the creation of scores of new businesses across South Carolina and thousands of jobs.

Four years ago, the measure was hailed as a breakthrough. But Act 236 also included a 2 percent cap on solar expansion tied to a company's total peak energy demand. And the industry is expected to reach that cap later this year.

If the cap is reached, customers producing solar energy would not be guaranteed protection from utility charges, industry insiders say.

To save the jobs and continue to foster the growth of the solar energy sector in the state, lawmakers in the state house proposed H4421, the SC Electric Consumer Bill of Rights Act, seeking to eliminate the caps on solar energy.

But utilities oppose tossing the caps, saying the move would amount to giving the solar sector a subsidy, and force customers who don't use solar power to foot the bill for those that do.

The bill passed by the House on Thursday bars the utilities, Duke Energy and SCE&G, from charging non-solar customers for any losses they incur due to those who use solar power.

After the vote, Duke Energy said in a statement that the House vote will hurt consumers.

"We are disappointed in today's vote,'' said the statement by Duke Energy spokesman Ryan Mosier.

"As was discussed throughout the debate, this bill continues to subsidize the solar industry and is bad for customers,'' Mossier said.

SCE&G has not commented on the bill's progress.

A second bill, sponsored by lawmakers who share the utility's position, sought to reign in the growth of the solar energy sector. That bill failed.

Since Act 236 went into effect in 2014, the solar industry sector has created an estimated 3,000 jobs in the state. In addition, about 4,000 homeowners have signed up for rooftop solar panels under lease or financing arrangements.