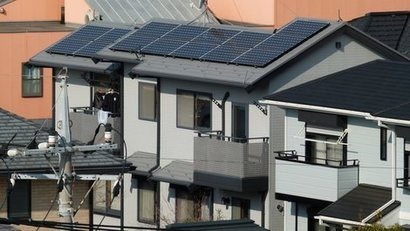 The Inverter Load Rejection Overvoltage (LRO) tests were completed as part of a cooperative research agreement with SolarCity at NREL’s Energy Systems Integration Facility (ESIF). The tests examined ways to quantify transient LRO, which is one of the main technical barriers to allowing more distributed energy, such as solar and wind, onto the grid. The results of the testing are discussed in Inverter Load Rejection Over-Voltage Testing: SolarCity CRADA Task 1a Final Report.

Following the tests, HECO has announced its intention to increase its penetration limits for rooftop solar, from the current limit of 120 percent of minimum daytime load (MDL) to 250 percent of MDL. If implemented, these increases will represent the highest threshold for solar penetration on distribution circuits in the US.

LRO conditions can occur when a local feeder or breaker opens and the power output from a distributed energy resource exceeds the local load. These LRO issues have been driving HECO's current limitations on high penetration of distributed generation on the utility's feeders. Results from NREL testing helped to mitigate some of HECO's LRO challenges generated from advanced photovoltaic inverters.

ESIF is 182,500-square-foot user facility that is helping transform how the nation generates, delivers and uses energy by modernizing the interplay among energy sources, infrastructure, and data. The facility offers its partners access to some of the most advanced testing, research, and development capabilities in the country and was named 2014 Lab of the Year by R&D Magazine.

Testing at ESIF by NREL, HECO and SolarCity is continuing, with testing on the ability of advanced inverters to mitigate ground fault overvoltage issues. Later this year, tests at ESIF will examine the capability of advanced inverters to support distribution voltage regulation, address challenges related to bi-directional power flow, and measure the effectiveness of multiple inverter islanding during faults.

The research is supported by DOE's Office of Energy Efficiency and Renewable Energy with additional funding provided by SolarCity through its SunShot Initiative, which aims to lower the cost of solar energy so that it can compete directly with fossil fuels without having to rely on subsidies.