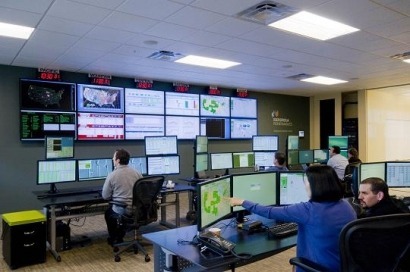 According to a recent press release, this agreement “marks the beginning of a partnership to offer new services to energy utilities responding to market needs by optimising the benefit of their production facilities”.

This service responds to the requirements of Royal Decree 1565/2010 in Spain, which establishes the need for affiliation with a Generation Control Centre and, as appropriate, sending of remote metering data to the operator of the Spanish power grid (Red Eléctrica de España) to determine the production of renewable facilities in real time.

The new Control Centre covered by the new agreement between T-Solar and GDF Suez is located in the Energy Management Centre of T-Solar in Madrid. It continuously monitors how each plant is working in real time (24 hours a day, 365 days a year). It has state-of-the-art technology and telecommunications infrastructure so that it can keep track of all the indicators and parameters that help to optimise the performance, output and maintenance of each solar farm: atmospheric conditions, energy produced, network voltage and frequency, etc. The centre allows remote operation of the solar plants. This means that substations can be reconfigured without a site visit, and the power being injected into the network is controlled at all times.

T-Solar has implemented a double alarm system in its photovoltaic plants to detect any incident the moment it occurs. This security mechanism consists of video-surveillance cameras, backed up by an infra-red detection system for the hours of darkness. T-Solar plants also have a subsystem to detect movement on the perimeter of the PV farms, using microwave barrier technology.

T-Solar brings this experience in monitoring and remote control of its 165 MW of installed photovoltaic capacity to the partnership with GDF Suez, which in turn, will use its wide experience in energy generation and commercialisation to act as an intermediary with the energy market; carrying out commercial activities, contracting and billing of customers who wish to join the Control Centre.

Editor's note:The photo inset shows a similar renewable energy control centre established by Iberdrola Renovables in Portland, Oregon in the US. The centre, which allows real time monitoring and control of around 2,500 turbines in the company’s US wind farms, opened in September 2010 and is staffed by around 25 people. It is connected to Iberdrola Renovables CORE centre in Toledo, which is the most important of its kind in the industry.