Saturday, 23 September 2017
0
Dan McCue
The U.S. International Trade Commission (USITC) voted unanimously that there has been significant injury in Suniva/SolarWorld’s Section 201 trade petition, moving the case on to the new phase when the USITC will recommend what sanctions it believes should be imposed. 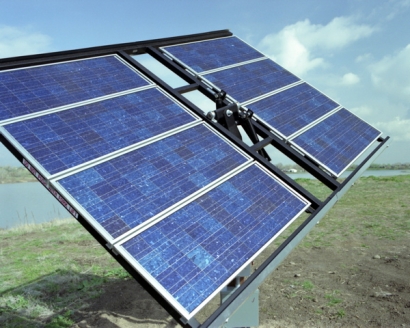 A statement released by the Commission stated, "The U.S. International Trade Commission (USITC) today determined that increased imports of crystalline silicon photovoltaic cells (whether or not partially or fully assembled into other products) are being imported into the United States in such increased quantities as to be a substantial cause of serious injury to the domestic industry producing an article like or directly competitive with the imported article."

The 4-0 decision could threaten the $29 billion U.S. solar industry. More expensive prices for cells and panels could lower demand for solar projects.

Suniva has suggested import duties of 40 cents a watt for solar cells, and a floor price of 78 cents a watt for panels. Currently the average floor price, worldwide, for panels is about 32 cents. The Solar Energy Industries Association warned that implementing these suggestions could potentially double the price of solar.

Andrea Luecke, President and Executive Director of The Solar Foundation, stated, “This decision brings yet more uncertainty to an industry that has created real value for the United States. The cause and effect impacts of major cost increases have been shown time and again, both in the energy industry and the economy as a whole. Our National Solar Jobs Census finds the dramatic growth in U.S. solar employment over the past several years was driven by the sharply reduced cost of installations. Any new tariffs are likely to increase costs and reduce demand for installations, disrupting the solar jobs market that now employs 260,000 workers in the United States and is valued in the tens of billions of dollars.”

The Energy Trade Action Coalition also expressed disappointment at the vote. “The ITC decision to find injury is disappointing because the facts presented made it clear that the two companies who brought this trade case were injured by their own history of poor business decisions rather than global competition, and that the petition is an attempt to recover lost funds for their own financial gain at the expense of the rest of the solar industry,” said ETAC Spokesperson Paul Nathanson.

However, not all of the response has been negative. SolarWorld Americas Inc. released a statement favoring the decision.

“On behalf of the entire solar cell and panel manufacturing industry, we welcome this important step toward securing relief from a surge of imports that has idled and shuttered dozens of factories, leaving thousands of workers without jobs,” said Juergen Stein, CEO and president of SolarWorld Americas. “In the remedy phase of the process, we will strive to help fashion a remedy that will put the U.S. industry as a whole back on a growth path. We will continue to invite the Solar Energy Industries Association (SEIA) and our industry partners to work on good solutions for the entire industry. It is time for the industry to come together to strengthen American solar manufacturing for the long term.”

The USITC will now begin the remedy phase of the 201 process and hold a hearing on October 3, 2017.  It will vote on October 31 on recommendation to President Trump for import restrictions.

President Trump has the sole authority to implement such penalties under a process spelled out in Section 201 of the Trade Act of 1974. He has in the past criticized China’s role in international trade, giving Suniva and SolarWorld hope that he will implement protections.