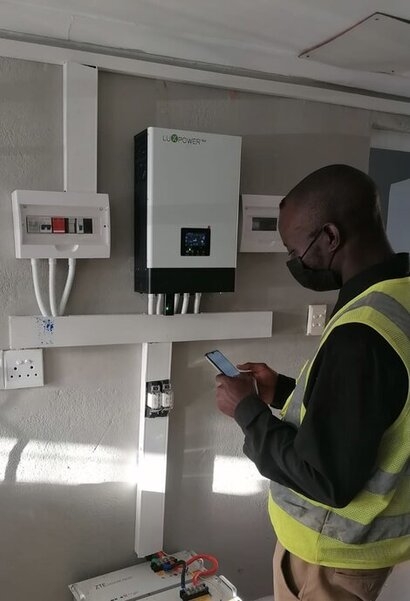 Despite South Africa being Africa’s most industralised economy, the rate of joblessness has been over 20 percent for about two decades, according to a Bloomberg report. This is likely to reach 38.6 percent in 2026, according to the International Monetary Fund (IMF).

As youth unemployment continues to increase, Nigerian businessman and CEO of WiSolar, Tonye Irims, is preparing to generate over 1000 new jobs for solar engineers in South Africa.

Donald Nyathi, for example, joined Wisolar in 2019 and was put through practical hands-on training on solar engineering and electrification. Two years later, he was fit to join the effective and active service of the company.

There’s need for highly skilled solar engineers with shared knowledge across the industry in the region, but there exists a wide gap between theoretical and practical solar engineering.

“There are many more people like Donald that we are creating this opportunity for to address the skills shortage in solar engineering in South Africa” said Mr Irims. Currently, we have about 40 trained engineers with another 50 in reserve nationwide. We will be investing heavily in their training and development. In-house and on-site training, solar training courses, sponsored solar conferences, and business-customer relationship management skills are some of the opportunities made available to these engineers.”

WiSolar is a clean alternative energy company in business and residential prepaid solar electrification based in South Africa. The company was founded to ensure every household enjoys unhindered access to electricity while promoting sustainable living by eradicating pollution caused by power-generating methods and helping users save about 70 percent on electricity bill every month.

Currently, the company is the largest residential solar electricity company in South Africa with solar installers and channel partners in every province of South Africa.

electricity installed at their residential address, and WiSolar is planning to deliver up to 80 MW of solar power across residential developments in South Africa over the next four years. Already, as at January 2022, WiSolar began deployment of low-cost prepaid solar electricity for variable loads to homes in South Africa.

“At WiSolar, highly trained solar engineers play critical roles in the kind of users’ experience we

create for our customer base in South Africa” Mr Irims added. “To achieve our goals through them, we need to provide them with employable skills that extend beyond our company. So, as you can see, we don’t just want them to be useful to WiSolar alone. If that’s the case, our role in dealing with South Africa’s growing unemployment rate is defeated. We want to nurture their skills and experiences such that when they choose to move on, they won’t return to being redundant.