Thursday, 20 January 2022
0
Shannon Flynn
Nations all over the world are working to develop sustainable energy infrastructure, with wind power center stage. The push for a transition to renewable energy has strengthened over the last few years. Young people in particular are demanding action from global leaders. Among other renewables, wind power is poised to finally take off and meet these demands. 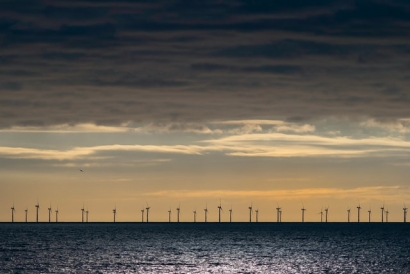 However, this trend appears to be shifting. The UK, a long-time leader in wind power, signed a major agreement with Chinese wind turbine manufacturer MingYang Smart Energy in December of 2021. The agreement is a signal of the UK government’s commitment to expanding their offshore wind infrastructure by moving turbine production to domestic facilities.

Meanwhile, the US signed an ambitious offshore wind lease agreement in January of 2022, a major step in the Biden administration’s climate initiatives. The lease marks a turning point in US action on wind power, which in the past has included virtually no offshore turbines.

Australia has also announced plans for three floating offshore wind farms, which can be installed at greater depths than fixed turbines. The new wind farms will generate power for over 1 million homes in Victoria.

The U.K. Leads the Way

The UK has set the standard for wind power implementation over the last several years. With more offshore wind power generation than any other country in the world, offshore turbines alone power over 4 million UK homes every year. The extensive wind infrastructure is helping the UK make strides towards independence from oil and gas.

Interestingly, public support for renewable energy is high throughout the UK. Polls have found that upwards of 70% of UK citizens support onshore and offshore wind power. Meanwhile, some companies are even partnering with renewable energy providers to help employees switch their homes to solar and wind power.

This enthusiasm might have something to do with the innovative way the UK creates their wind farms. A great example is the largest wind farm in the UK, Whitelee, located on Eaglesham Moor near Glasgow. Whitelee is woven with trails for hiking, biking, and horseback riding, all completely free for public use. There is even a visitor center with refreshments. So, the land helps the UK advance toward its goal of 100% renewable energy by 2035 while also providing a space for the public to enjoy the outdoors.

The UK’s wind power model appears to be working. In 2020, almost 25% of UK power came from wind, which generated over 75,000 gigawatts of energy, much of it from offshore turbines. Of course, the UK’s population is much smaller than that of the US, China, and many other countries. However, these numbers are evidence that wind, especially offshore wind, could be a cornerstone of tomorrow’s renewable energy grid.

Of course, the global effort to transition to renewable energy still has hurdles to overcome. Offshore wind has great potential, but the complexity of building and maintaining turbines at sea can make development expensive.

Over £50 billion would be needed for all homes in the UK to be powered by wind by 2030. Even if this funding was acquired, wind farms would need to be constructed in record time compared to current trends. The US has a similarly ambitious goal for 30,000 megawatts of offshore wind capacity by 2030. These goals are worth striving for, but governments will need to be proactive about prioritizing and streamlining development.

Increasing the efficiency and lifespan of turbines is the primary technical challenge today. Turbine technology has already come a long way, but will need to improve further to decrease price tags and increase value. This is especially important for offshore turbines, which ideally should be highly resilient and low-maintenance.

While this innovation is underway, thousands of new jobs can be created by renewables. Skilled workers are needed to design, build, install, and maintain the wind turbines that will power the world. These jobs will help stimulate economic growth alongside sustainability initiatives.

The Promise of Offshore Wind Power

Transitioning to renewable energy is imperative for the world to fight climate change. Global growth in wind power infrastructure is a crucial component of this effort. As an added benefit, increased investment and job growth in the wind power industry is stimulating a global economy built on sustainable technology. As 2030 goals near, the global community can look ahead with optimism as more governments take action to innovate and integrate more offshore wind power.