Tuesday, 05 April 2011
0
A research team from Wake Forest University in Winston-Salem, North Carolina in the US is about to field-test a new home solar energy system that collects power not only from visible sunlight but from the sun’s heat, as well. 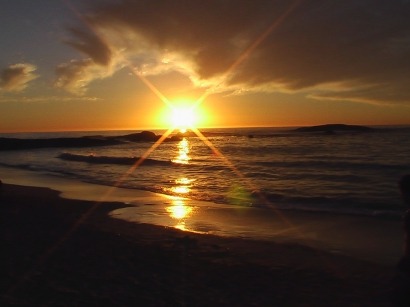 The new solar-thermal system is still in the development stages but it has tremendous potential, the researchers said.

The design of the new solar-thermal device takes advantage of this heat through an integrated array of clear tubes, five millimetres in diameter. They lie flat, and an oil blended with a proprietary dye flows through them. The visible sunlight shines into the clear tube and the oil inside, and is converted to electricity by a spray-on polymer photovoltaic on the back of the tubes. This process superheats the oil, which would then flow into the heat pump, for example, to transfer the heat inside a home.

Unlike the flat solar cells used today, the curve of the tubes inside the new device allows for the collection of both visible light and infrared heat from nearly sunrise to sunset. This means it provides power for a much greater part of the day than does a normal solar cell.

According to the Wake Forest team, the new system collects energy that is unavailable to conventional rooftop solar systems, which only collect about 25 percent of the energy available from the sun.

"It's a systems approach to making your home ultra-efficient because the device collects both solar energy and heat," said David Carroll, Ph.D., director of the Center for Nanotechnology and Molecular Materials at Wake Forest University. "Our solar-thermal device takes better advantage of the broad range of power delivered from the sun each day."

Conventional solar technology also functions best only at peak daylight hours, while the Wake Forest system has the potential to deliver energy throughout the day.

In urban areas particularly, the new system could take advantage of the “heat island” effect, sucking energy emanating from buildings and paved surfaces, the researchers said.

"On a rooftop, you have a lot of visible sunlight and heat from the infrared radiation," Carroll said. "The solar-cell industry has for the most part ignored the heat."

The research team will build the first square-meter-size solar-thermal cell this summer, a key step in getting the technology ready for market.