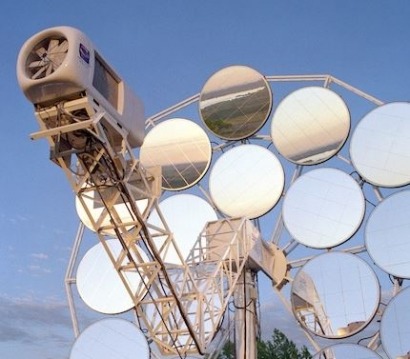 According to Eurobserv’ER, the European concentrated solar power plant market is reeling, mainly due to the Spanish government placing a moratorium on renewable energy power plants.

As a result, the number of projects now under construction is a pittance compared with 2012, during an additional 802.5 MWe of capacity was recorded

The European solar thermal market is hardly any more encouraging. EurObserv’ER holds that it slipped for the fourth year in a row (it dropped 5.5 percent between 2011 and 2012). The newly-installed solar thermal collector surface area in the EU now stands at 3.4 million m2, far short of its 2008 installation record of 4.6 million m2

Besides the 2012 realisations per EU Member State other subjects that are discussed in the new barometer are:

• Of all CSP projects more than 99% is situated in Spain