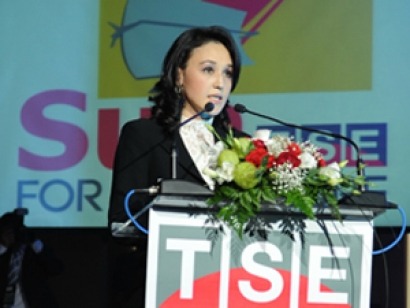 Thai Solar invested 900 million baht in the facility, which heralded another milestone by being the first such facility in the world to use Direct Steam Generation (DSG) commercially.

In a written statement the company said it has collaborated with several world renowned institutes and energy experts to ensure the continuous development of thermal solar power as an alternative energy source to reduce our dependency on fossil fuel.

Using Parabolic Trough Technology, the plant can generate five MWs of electricity on approximately 150 rai plot of land located in Huaykrachao District, Kanchanaburi Province, with potential for expansion in the future.

The company has also planned for two new projects which will be ready in three to five years with total installed capacity expected to reach 135 MW.

The second, third and fourth plants in Suphanburi and Kanchanaburi Provinces are under construction and all are nine megawatt plants.

Furthermore, TSE plans for more construction since the existing power purchase agreement with the Provincial Electricity Authority allows the Company to generate over 45 MW. The expansions will possibly include joint ventures with other business partners. In total, TSE expects to increase the capacity to more than 135 megawatts within three to five years.

"Readily available electricity is a crucial public utility for the economy to grow and the demand is increasing,” Maleenont said. “Over 70 percent of electricity generated in Thailand, which is a high ratio, is generated from natural gas. If this continues, natural gas will be available for just over 20 more years. Using renewable energy is therefore essential because it is the bright new hope for the future."