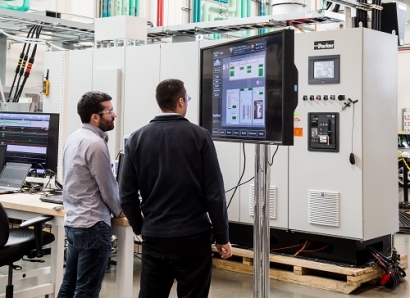 Improved operational efficiency (54 percent), improved decision making (42 percent) and helping innovation (39 percent) through digital technologies have been identified by the storage industry as the top priorities for their digitalization strategies.

Integrating renewables into our grid and relying on them as our main source of energy will depend in part on how much energy can be stored after generation, to be used when it’s needed. DNV GL’s Energy Transition Outlook 2019 forecasts that to cope with this influx of renewables, storage capacity will expand nearly 50-fold from today’s levels.

Unlike other industries in the energy sector, such as wind or solar, the added value of digitalization in the storage space is heavily focused on bringing innovation to a traditional market, that can be delivered in collaboration with the conventional energy value chain and legacy technologies.

The storage industry’s attitude to investing in digitalization also reflects a willingness to try new initiatives, with 75 percent of respondents saying their organization proactively invests in digitalization to meet its goals. Top priorities identified in the report impacting the storage industry today include: Data visualization (61 percent), automation and digital workflow (57 percent) and cyber security (51 percent).

Many of these technologies are focused on identifying new ways of adding value and reducing costs in the storage sector. Value-stacking is one key application based on digital technology with the potential for a vast range of new business avenues for energy storage systems, which is the process of being able to perform multiple tasks with the same storage system.

“As the storage industry matures, digitalization will continue to play an integral role to develop the next generation of energy storage systems such as value-stacking.” said Lucy Craig, Vice-President of Technology and Innovation for Energy at DNV GL. ”The results of our survey confirm that the storage industry not only built its success on digital technology, but stakeholders also understand that putting digitalization efforts at the core of their business strategy is vital to continuously advance and develop innovative energy storage systems at a time when the global energy transition provides ample growth opportunities.”