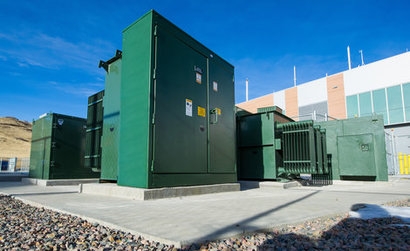 Five projects based across the UK will benefit from a share of over £32 million in the second phase of the Longer Duration Energy Storage (LODES) competition, to develop technologies that can store energy as heat, electricity or as a low-carbon energy carrier like hydrogen.

The variable nature of renewables like solar and wind power means that energy can be produced when it is not needed, such as during extended periods of high wind. However, new energy storage technologies can store excess energy to be used at a later point, so the energy can be used rather than wasted – meaning we can rely even more on renewable generation rather than fossil fuels, helping boost the UK’s long-term energy resilience.

This builds on the aims set out in the Energy Security Strategy earlier this year, to ensure a more flexible, efficient system by encouraging flexibility with large-scale, long-duration electricity storage to balance the overall system.

“Accelerating renewables is key to boosting our energy resilience” said Minister for Climate Graham Stuart. “Energy storage helps us get the full benefit of these renewables, improving efficiency and helping drive down costs in the long term. This £32.9 million government backing will enable green innovators across the UK to develop this technology, helping create new jobs and encouraging private investment, while also safeguarding the UK’s energy security.”

The funding announced today follows the first phase of the LODES competition, which saw £2.7 million awarded to 19 projects. This second phase provides further funding to the most promising projects from Phase 1, enabling them to build prototypes and demonstrators to bring their projects to life.

The LODES competition provides government backing to accelerate the development and commercialisation of innovative energy storage technologies, in turn supporting the UK’s transition to relying on renewables, while also encouraging private investment and new green jobs – with an estimated 100 jobs supported through these projects.

StorTera Ltd, based in Edinburgh, will receive £5.02 million to build a prototype demonstrator of their sustainable, efficient, and highly energy dense single liquid flow battery (SLIQ) technology. SLIQ will offer flexibility to the grid by storing electricity which can then be released when weather dependent technologies such as wind turbines and solar panels have periods of decreased energy generation.

Sunamp Ltd, based in East Lothian, will receive £9.25 million for a project that will trial their advanced thermal storage system in 100 homes across the UK. They will extend their existing heat battery to provide increased storage duration and capacity and pair it with household energy systems to tackle periods of low renewables generation on the grid.

The University of Sheffield will receive £2.60 million to develop a prototype modular thermal energy storage system, enabling optimised, flexible storage of heat within homes, providing benefits for both the occupant and the grid. The protype energy systems will be manufactured by Loughborough University and deployed at the Creative Energy Homes campus at the University of Nottingham, demonstrating the technology within lived-in homes.

RheEnergise Ltd will receive £8.24 million to build a demonstrator near Plymouth of their ‘High-Density Hydro’ pumped energy storage system. The system uses an environmentally safe mineral-rich fluid more than two and half times denser than water, to create electricity from gentle slopes, without requiring steep dam walls or high mountains like traditional hydropower. The project will use surplus electricity to pump the fluid uphill, then later when electricity is needed by the grid, the fluid will be released back down the hill through turbines to generate electricity.

EDF UK R&D, in partnership with the University of Bristol, Urenco and the UK Atomic Energy Authority (UKAEA), will receive £7.73 million to develop a hydrogen storage demonstrator utilising depleted uranium at UKAEA’s Culham Science Centre in Abingdon, Oxfordshire. Electricity will be converted to hydrogen via electrolysis and stored for future use - either directly as hydrogen, or converted back to electricity via a fuel cell when required.

“Long duration energy storage is key to a more sustainable future and better utilisation of renewable energy” said Dr. Gavin Park, CEO, StorTera Ltd. “This competition to accelerate the commercialisation of the most innovative technologies is a great initiative and StorTera are thrilled to have been selected to demonstrate the potential of our single liquid flow battery.”