50% rise in offshore wind capacity in EU over last year

Wednesday, 18 July 2012
0
Toby Price
According to the European Wind Energy Association (EWEA), 132 new offshore wind turbines, totalling 523.2 megawatts (MW) were fully grid connected in Europe in the first six months of 2012. This is a 50% increase compared to the same period in 2011 when 348.1 MW were installed. 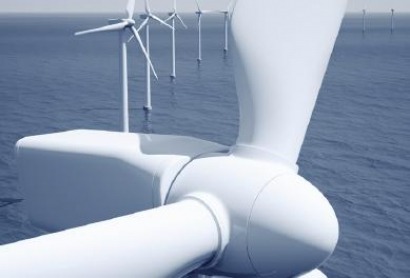 "50 per cent more offshore wind power capacity was installed in Europe in the first half of 2012 compared to the same period last year, despite the economic and financial turmoil,” explains Christian Kjaer, EWEA’s Chief Executive Officer. “

EWEA states that 2012 could turn out to be the best year ever for offshore wind energy in Europe, as a further 160 turbines, totalling 647.4 MW, are built but awaiting grid connection. This is subject to weather conditions at sea and grid connection delays.

During the first half of 2012 overall, 13 wind farms were under construction. Once completed these wind farms will account for an additional capacity of 3,762 MW.

Indeed, financing activity in the offshore wind energy sector remained solid in the first half of 2012 despite the general challenges of the European banking sector, with several landmark transactions closing this spring. Altogether, as many transactions were closed in the past six months as were closed during the whole of 2011. Moreover, an ever-wider variety of financing structures is emerging. In addition, several trends with respect to the latter transactions and the market as a whole can be highlighted.

The pipeline of future deals continues to be strong, with further transactions standing a good chance of closing before the end of the year (Walney in the UK, Butendiek in Germany) and others in 2013 (Gode Wind and Norder­grunde in Germany).

On the equity side, in the first half of 2012, two major transactions were announced: the purchase by EDF of a 50% interest in ENECO’s Isle of Wight Round 3 project in the UK, and the acquisition by the Hochtief/Ventizz joint venture of the development rights to four Enova off­shore wind farms in Germany. This followed an unusually busy period late in 2011. Several sales processes are under way with announcements likely before the end of the year.

“It would be good to see more activity in southern Europe where jobs, investments and growth are desperately needed,” highlights Kjaer, who will be waiting with baited breath to see how the sector develops over the rest of the year.

Yesterday, for example, Bloomberg reported that offshore wind turbine sales had collapsed in the first half of 2012, indicating that the industry is finding it increasingly more difficult to obtain finance.

According to preliminary data from MAKE Consulting, one unconditional order for 216 megawatts was made won Vestas in the first six months of the year, 75 percent less than in the same period of 2011 and the worst start for a year since at least 2009. Other big names such as Siemens and GE, however, have made no firm orders for offshore turbines this year.