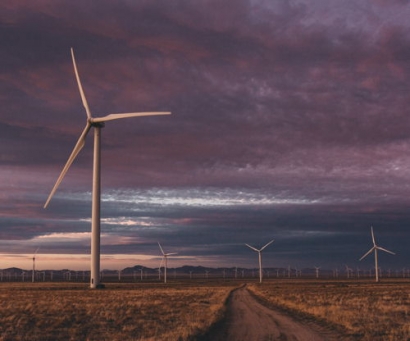 The American Wind Energy Association’s (AWEA) report reveals that U.S. wind is on pace for a record year, with installations through the third quarter up 72% over the first nine months of 2019.

“This progress during the third quarter is a tremendous testament to the more than 120,000 wind workers in the U.S. who are on the ground every day striving to bring more clean, affordable electricity to communities across America, even in the midst of a global pandemic. Challenges still remain, but the American wind industry will continue pushing to add jobs and investments to the U.S. economy as we look toward a cleaner, more reliable, and more prosperous energy future for our country,” said Tom Kiernan, AWEA CEO.

There are now 111,808 MW of operating wind power capacity in the United States, enough for over 34 million American homes. Twenty states have over 1,000 MW of installed capacity.

Wind power development and construction activity remained strong during the third quarter. Despite disruptions from COVID-19, project developers announced 2,420 MW in combined new development activity, with projects totaling 972 MW starting construction and an additional 1,448 MW entering advanced development.  At the end of September, there were 43,575 MW of wind power capacity in the near-term pipeline, including 24,355 MW under construction and 19,220 MW in advanced development. Construction activity ticked down three percent from the previous quarter, primarily due to a large volume of projects reaching commercial operation during the third quarter, but remains up four percent from the same period in 2019.

The offshore wind market continued to advance in the third quarter. Coastal Virginia Offshore Wind, slated to be the second offshore wind project in the country and the first in Federal waters, completed reliability testing in September and is expected online before the end of the year. Offshore wind makes up 47 percent of projects in advanced development, with developers planning to bring 9,100 MW online by 2026.

A number of factors contributed to American wind power’s record-setting progress during the third quarter. Market fundamentals and consumer demand continue to be the main drivers of U.S. wind development, with wind presenting the most affordable source of new electricity in many parts of the country and residents, cities, and states increasingly seeking affordable, clean electricity to power their communities. Targeted additional flexibility regarding tax credit qualification from the U.S. Treasury and Internal Revenue Service (IRS) this year has also been crucial as the American wind industry works to address the significant short-term challenges posed by the COVID-19 pandemic.

Despite this progress, significant hurdles remain as the American wind industry continues working every day to add jobs and investments to U.S. communities during this challenging time. Wind developers continue to report difficulty raising tax equity for their projects, as economic uncertainty is restricting the supply of tax equity in the U.S. financial markets. AWEA and the wind industry are working with Congress and other renewable energy leaders to address these and other impacts of the pandemic and to keep contributing strongly to the U.S. economy at this moment when those jobs and investments are needed most.

Leadership at the local, state, and federal level, including forward-thinking policies to increase our country’s use of clean electricity, will be vital as American wind power works to expand its support for local communities and to deliver clean, reliable, and affordable power to U.S communities today and in the years to come. This policy leadership is especially important for the offshore wind industry, America’s newest major energy source, which is poised to deliver up to 83,000 jobs and $25 billion in annual economic investments within the next decade.

Wind energy costs continue to fall, with project costs declining 16 percent over just the past five years. The average installed cost of a wind project in 2019 was $1,436/kW and wind turbines last year priced from $700-$900/kW, a 50 percent decline from 2008. These falling costs have contributed to wind power purchase agreements pricing at roughly $20/MWh, the lowest cost of power generation in many parts of the country.