Monday, 14 December 2020
0
REM
Avangrid Renewables, a subsidiary of AVANGRID, Inc., submitted a Construction and Operations Plan (COP) to the federal Bureau of Ocean Energy Management (BOEM) on Friday, December 11th for the first phase of the company’s wholly owned Kitty Hawk Offshore Wind project. The COP also includes the findings from an economic impact study (EIS), conducted by the Public Strategy Group, which anticipates substantial economic and employment benefits to result from the construction of Kitty Hawk Offshore Wind’s multiple phases between 2021 and 2030. 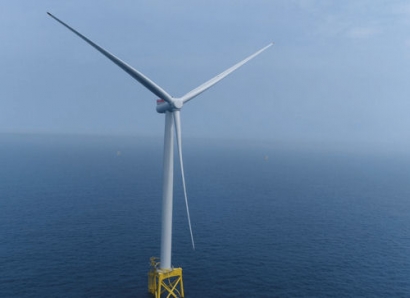 “We’re proud to be the first to submit a federal permit for a commercial scale offshore wind project in Virginia and the Carolinas,” said Bill White, Avangrid Renewables’ head of U.S. offshore wind. “Kitty Hawk Offshore Wind will deliver clean energy to customers in the region and significant economic benefits and quality jobs for decades to come.”

The first phase of the project, anticipated to begin construction as soon as 2024, will have the capacity to generate approximately 800 MW of electricity. When all phases are complete, Kitty Hawk Offshore Wind is expected to have a total generation capacity of up to 2,500 MW, or enough to power 700,000 homes – approximately four times the number of households in Virginia Beach -- with clean energy.

The EIS found that the project will drive significant economic activity and employment opportunity in the region. Kitty Hawk Offshore Wind is expected to generate $2 billion in economic impact between 2021 and 2030 and is expected to create nearly 800 jobs in Virginia and North Carolina, with nearly 600 of those in the Hampton Roads region which includes southeastern Virginia and northeastern North Carolina.