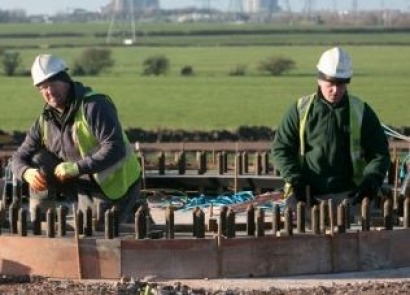 Banks Renewables worked with lenders Macquarie Infrastructure Debt Investment Solutions (MIDIS), Santander, ING, National Australia Bank and Rabobank to secure funding for its planned Moor House wind farm near Darlington in County Durham and the Middle Muir and Kype Muir schemes in South Lanarkshire in Scotland. The three wind farms were all successful in the UK government’s first competitive Contracts for Difference (CfD) programme for onshore and offshore projects in 2015, since when Banks Renewables has been working towards putting the commercial structures in place to take them forward.

Global wind turbine manufacturer Senvion has been contracted to supply and install the turbines for all three projects, with Kype Muir, Middle Muir and Moor House each comprising 26, 15 and six turbines respectively. A long-term power purchase agreement (PPA) has been also been signed between Banks Renewables and Dong Energy for the output of all three wind farms.

Balance of Plant contracts have been agreed with Scottish civil engineering contractor R J McLeod for the Kype Muir and Middle Muir construction works, and with County Durham-based Hall Construction for Moor House.

KPMG and law firms Ashurst and Brodies advised Banks Renewables on the deal, while the lenders were advised by Norton Rose Fulbright and Burness Paull.

Preparatory work has already begun on the site at the Moor House wind farm, which will be the ninth onshore wind farm that Banks Renewables has built, and is expected to begin generating clean green energy early in 2018.  Middle Muir is scheduled to go live later that year, while Kype Muir is due to come online at the start of 2019.

“This investment package is a real expression of confidence in both Banks Renewables and the wider UK onshore wind sector, and it’s exciting to now be accelerating the process of taking these three wind farms forward” said Richard Dunkley, managing director at Banks Renewables. “The Kype Muir, Middle Muir and Moor House wind farms have all taken many years of challenging development to get to this stage, and being successful in the government’s first ever CfD auction against stiff competition was critical to the projects’ success.”

Mr Dunkley added that onshore wind in general and these projects in particular represent the best value for money to consumers as the government seeks to deliver on its climate change obligations. The company believes onshore wind will continue to play a key role in delivering lowest cost carbon free energy for the UK.

Around 250 jobs will be created through the construction of the three new wind farms, and when complete, they will transform Banks Renewables’ generation capacity from 74 MW to 224 MW.