Wednesday, 05 January 2022
0
REM
Capital Energy has signed a memorandum of understanding with the Canary Islands Maritime Cluster, lasting five years and extendable, in order to develop "a joint plan that identifies the services in the supply chain that are needed to serve the needs derived from the construction of marine parks." The company has announced that it is looking to become "the main promoter of offshore wind in Spain". 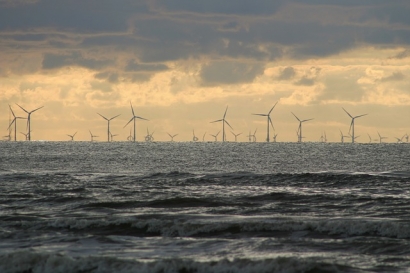 Image by David Will from Pixabay

Representatives of Capital Energy held a meeting last November with Gran Canaria and Tenerife associated with the Maritime Cluster to present their offshore proposal and the implications that this proposal entails for the industrial fabric of the islands. The new agreement, which joins those signed during the last quarter of 2021 with the main Canary Islands shipyards, "responds to Capital Energy's commitment to the development of the territories in which it carries out its activity and confirms its commitment to this community, which it considers strategic for the development of offshore wind energy in Spain."

The memorandum of understanding with the CMC is the fourth strategic collaboration agreement signed by the company in the archipelago. The objective of this fourth agreement is to draw up a joint plan that identifies the services in the supply chain that are required to meet the needs arising from the future construction of offshore parks in the archipelago. This agreement will have five years of extendable duration.

The memorandum now signed succeeds those sealed by the renewable company with three Canary Islands shipyards during the last quarter of 2021: Zamakona Yards, Astican and Hidramar. Capital Energy considers the Canary Islands a "strategic region for the development of offshore wind energy".

In this sense, the company has also announced that it will continue to maintain contacts and promote the signing of agreements "with administrations, companies and local groups that can benefit from the driving effect that it plans to exercise with its activity in the Canary Islands."

Juan José Sánchez, CEO of Capital Energy, said, “We try to reconcile our contribution to the progressive decarbonization of the economy, through the implementation of renewable energies, with the promotion of economic and social development of all the territories in which we operate, as evidenced by the signing of this agreement with such a relevant Canarian entity that it will serve to promote our project in the offshore wind sector "

Antonio Vicente Marrero, president of the Canary Islands Maritime Cluster, added, “This agreement with Capital Energy is an excellent example of the effort we are making from the Canary Islands Maritime Cluster to turn the archipelago into a territory that serves as an example of the sustainable development model in the that the economic policy is framed at the world level, with projects to create wealth and employment that respect the natural environment. Not in vain, the Canary Islands have been designated spearhead in the 'Road Map for Offshore Wind and Marine Energies' recently approved by the Government of Spain "

According to forecasts, Spain could have an offshore wind operating capacity of up to 3 gigawatts (GW) by 2030. In this context, Capital Energy aspires to start up a minimum of 750 MW of power, the development and construction of which would imply, at current prices, the investment of more than 3,500 million euros in the next decade.

About the Canary Islands Maritime Cluster

The Canary Islands Maritime Cluster is a regional non-profit association that declares as its primary objective "to promote the development and international competitiveness of the Canary Islands maritime marine sector, while raising the business, economic and social fabric of the Canary Islands through of the integration, creation, strengthening and sustainability of companies and institutions that are within the value chain of the maritime marine sector, promoting their international presence and increasing the technological and innovative level of all the agents involved, in line with the policies development and social demands ". The CMC's strategy to achieve this goal is based - they explain from the Cluster - on values such as cooperation, commitment, communication and competitiveness.