Friday, 13 September 2019
0
Dan McCue
Spain’s Iberdrola has hooked up the East Anglia One offshore wind farm to the British electricity grid. The wind farm is located in the North Sea, around 50 kilometres from the coast of the county of Suffolk, in the UK, and it is scheduled to go into operation next year. 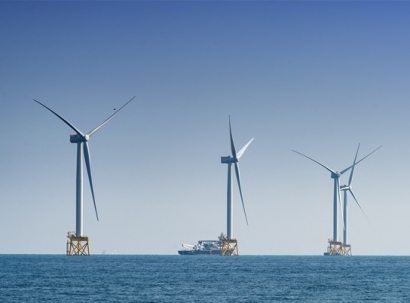 The first of 102 Siemens Gamesa wind turbines, the WTG E19, has already supplied power to the land substation in Burstall. Its subsidiary, ScottishPower Renewables, which installed 25 turbines on the site this summer, will gradually connect them to the grid.

With an investment of approximately £2.5 billion and covering an area of 300 km2, East Anglia One is one of the largest scale projects being developed by Iberdrola and the biggest renewable initiative ever developed by a Spanish company.

Once commissioned in 2020, it will be the world's biggest wind farm, with an installed capacity of 714 MW that will supply an estimated 630,000 British homes with clean energy.

Charlie Jordan, East Anglia One's project manager, says that “connecting the first wind turbine to the grid is a big milestone, the culmination of everyone's incredibly hard work, from local suppliers to employees of national and international businesses.”

The construction of East Anglia One is providing jobs for more than 1,300 people in several countries - Spain, the United Kingdom, the Netherlands, the United Arab Emirates - and is crucial to several sectors, such as the naval industry.

The project has been a great driving force in Spain, since Iberdrola has used local companies like Navantia, Windar and Siemens-Gamesa for the development of many of the essential components of the wind farm.

TECHNICAL SPECIFICATIONS OF EAST ANGLIA ONE

Over the next few years, Iberdrola will redouble its investment in offshore wind production, developing a project portfolio with over 10,000 MW. This growth focuses on three main areas: the North Sea, the Baltic Sea and the United States.