End of an era as EWEA chief announces resignation

Monday, 03 September 2012
0
REM
The European Wind Energy Association (EWEA) has grown to be one of the leading voices in the sector worldwide, especially since Christian Kjaer took the helm back in 2006. The Danish man has steered the association through challenging waters over the last six years, and today’s announcement that he will be stepping down as CEO of the association will come as a blow. 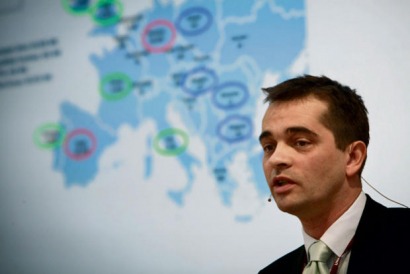 Christian Kjaer, the EWEA outspoken Chief Executive Officer, is to stand down from his post in April 2013. Kjaer has been CEO of EWEA since 2006, prior to which he was the association’s Policy Director, and previously worked for the Danish Wind Industry Association and the Danish newspaper Berlingske Tidende.

Kjaer has helped develop EWEA into a significant voice in the sector and has never shied away from expressing his concerns about the development of the wind industry. Only at the end of July for instance, Kjaer called for more activity in the offshore wind segment in southern Europe where he said jobs, investments and growth are desperately needed.

Commenting on his announcement to depart EWEA next Spring, Kjaer said: "I will have been at EWEA for more than 11 years - four years as policy director and seven years as CEO - and it will be time for me to move on to something new and, currently, undefined. This is entirely my own decision and the rather long notice is motivated only by my intention to ensure that the EWEA Board and staff can prepare the transition in an orderly and timely fashion."

He added "It has been a pleasure and a privilege to be CEO of the European Wind Energy Association. It is the best job in the world. I am immensely grateful for the support I have always received from EWEA president Arthouros Zervos, the Board and staff of EWEA."

Arthouros Zervos, President of EWEA, commented "Christian Kjaer has transformed EWEA from a small association to probably the most respected renewable energy association in the world, and one of the most respected associations of any kind in Brussels. He has insisted on the highest standards which are reflected in everything that EWEA stands for - credible research, informative publications, strong communications, effective advocacy and top quality events. He is a hard act to follow, but leaves his successor a flourishing Association with an excellent secretariat. I will miss Christian personally as well as professionally and I am sure he will make a success of whatever he does after EWEA."

2012 could turn out to be the best year ever for offshore wind energy in Europe, as a further 160 turbines, totalling 647.4 MW, are built but awaiting grid connection. But this is subject to weather conditions at sea and grid connection delays.

EWEA is advertising the job on its website and hopes to make an appointment by the end of the year.