Enel to build 146 MW of new wind in Canada

Thursday, 14 December 2017
0
Robin Whitlock
Enel, through its US subsidiary Enel Green Power North America, has been awarded contracts for a total of 146 MW of new wind capacity in Alberta, Canada. 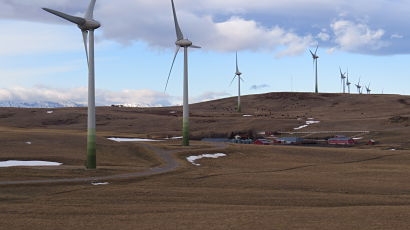 “This Canadian award is a major milestone for our company, as it is the first regulated renewables tender we have ever won in the country” said Antonio Cammisecra, Enel’s Head of Global Renewable Energies Division Enel Green Power. “We are thrilled to be investing once again in the Canadian energy economy and to continue our growth here in Alberta.”

Riverview Wind and Castle Rock Ridge Phase 2, are both located in Pincher Creek, Alberta. Phase 2 of Castle Rock Ridge is an expansion of EGPNA’s existing 76.2 MW Castle Rock Ridge wind farm. Both wind farms are due to enter service by 2019 and are expected to generate around 555 GWh per year once operational. The contracts awarded to EGPNA will more than double the company’s capacity in Canada, which currently stands at more than 103 MW.