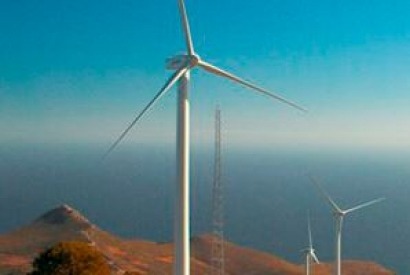 This project is the country's first wind energy farm and the first utility-scale use of Goldwind's wind turbines financed by western lenders.

Once fully installed in 2014, the project will be the largest of its kind in Central America.

"This financing demonstrates the commitment by the Sponsors, the bank group and the Government of Panama to the realization of the advantages of wind power in Panama," said Tim Rosenzweig, Chief Executive Officer of Goldwind USA, Inc. "Goldwind is excited to play a critical role in developing the nation's first wind farm."

Once complete in 2014, the 220 MW Penonome wind project will be the largest wind energy project in both Panama and Central America. Coupled with recent awards in Chile and Ecuador, the deal marks Goldwind's continued growth in Latin America and the success of its revolutionary PMDD turbines.

Through 2012, Goldwind has deployed over 12 GW of PMDD turbines globally – by far and away, the world's leader. Power generated from the facility will flow to Panama's national grid via utility company, Altenergy, S.A., a subsidiary of GDF Suez Energy Central America.

Banco Internacional de Costa Rica, S.A. (BICSA) is the Bookrunner and Administrative Agent, Citibank, N.A. is the Collateral Agent and Depositary Bank and Banksville Partners LLC acted as Structuring Advisor for the $71 million, 10-year construction and term debt facility provided by a syndicate of local, regional and international lenders:

"The strong support from official sector, regional and international banks underscores the essential quality of this renewable energy project and the strength of the sponsor team, and we are proud to support the development of this new alternative energy source for Panamá's vibrant growing economy," said Daniel González, BICSA's General Manager in Panamá.