Tuesday, 14 May 2019
0
REM
Mars will source all electricity for its Mexico operations from a new wind farm in Dzilam Bravo, Yucatan, moving the company’s energy consumption to 100 percent renewables in Mexico. 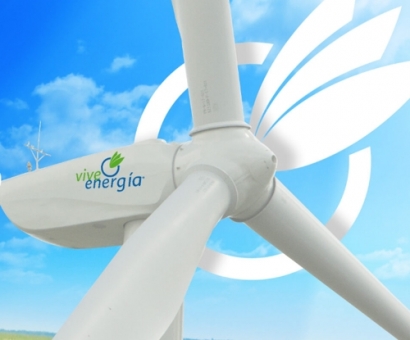 Mars has signed a new 15-year power purchase agreement with Vive Energía and Envision Energy to supply the electricity required for its six Mexico-based confectionery and pet food facilities (two in Nuevo León, one at Estado de México, two at Querétaro, and one at Jalisco).

Mars has targeted a 40 percent reduction of its direct global GHG emissions by 2020, with the goal of reaching 100 percent by 2040.  Mars has already met and exceeded this goal ahead of time, relying on 53 percent renewables today.

“Mars is thrilled to be flipping the switch to wind energy,” says the champion of the project, Eduardo González, Manufacturing Director for Mars Latin America.

“Today, here in Mexico, we are taking a stand on climate change. Among our goals: reducing GHG emissions across our global value chain by 27 percent by 2025 and 67 percent by 2050 in order to do our part to keep the planet from warming beyond two degrees.”

“Congratulations to Mars, which, as the first North American company to join RE100 nearly five years ago, continues to lead the way on renewable energy by investing in wind projects around the world,” said Amy Davidsen, Executive Director of the not-for-profit The Climate Group, NA.

Mars partnered with Commodity Risk Solution, LLC (CRS), a global renewable energy market advisor, to structure the PPA. According to CRS co-founder Luke Marriott, “With this agreement, Mars will deliver an innovative agreement that will provide a lasting economic advantage in the recently reformed Mexico wholesale electricity market.  CRS approaches the whole business, from energy buyer to CFO, and delivers outcomes that pave the way for a sustainable future.”