Thursday, 11 February 2016
0
REM
Despite the reduction in Feed in Tariff support for UK wind energy, turbine installations will continue to provide considerable returns (also in the form of energy savings) for both landowners and commercial users. 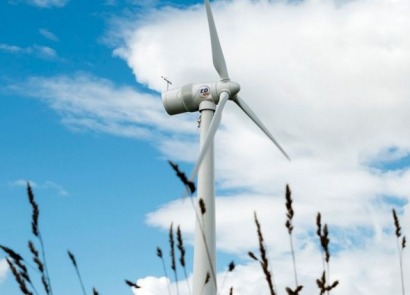 Furthermore, as technology and installation costs fall, the role of on-site wind energy generation is set to become even more significant over the next decade as electricity prices continue to rise.

That is according to recent market projections from Norvento, manufacturer of the industry-leading nED100 100kW turbine and a pioneer of innovative on-site generation technologies. The findings have been shared after a further FiT degression this week that has seen the tariff for turbines of 15kW – 100kW fall to 8.54 p/kWh.

Although early adopters of medium wind were able to use the high FiTs to offset the Levelised Cost Of Energy - that is the lifetime unit cost of energy produced by their turbines - and, in many cases, managed to make a healthy profit from tariff payments as an additional revenue stream, the new reduced tariff scheme will limit these possibilities.

However, as technology and installation costs have fallen, and, following improvements in turbine efficiency, the unsubsidised LCOE for on-site wind power production is set to reach grid parity with, and eventually fall below, retail electricity prices for the first time this year, according to calculations from Norvento.

Moreover, over the next decade, this LCOE is set to continue falling, even as electricity prices continue to rise. Norvento’s projections, based on 30, 20 and 10-year averages, suggest that electricity prices will rise by as much as 40 percent (a 5.5 percent year on year increase) by 2025, while the total cost of on-site distributed wind energy production will fall by between 20 and 40 percent in the same period.

Ultimately, this will give independent power producers, such as landowners and industrial users, especially those who can maximise their on-site consumption of energy, an opportunity to significantly reduce their long-term energy costs and hedge against rising electricity prices.

“In the mature, low-to-zero subsidy market, we’re likely to see a fundamental shift in the way medium wind projects are deployed by both landowners and commercial users,” said Ivo Arnús, Director of UK Business Development, Norvento.

“In practice, that may mean an end to the days of profiting from high levels of Government subsidy, and the subsequent introduction of a more measured, long-term pattern of medium wind development, where turbines are used to counteract the effects of increasing electricity prices,” Arnús said.

“The maturity of the sector, coupled with the arrival of grid parity, opens up a whole new era in UK’s medium wind energy development. We expect increasing interest from users with high on-site energy consumption willing to benefit from the potential energy savings to be made.  We also see funders ready to engage in long-term power purchase agreements with such commercial energy users that can offer strong financial covenants and a rent-free space to operate a wind turbine.”

“In both cases, it’s clear that medium wind will continue to provide considerable benefits to the UK farming and industrial communities for many years to come,” Arnús added.

Norvento’s nED100 turbine has been specifically designed with the UK market in mind. Since the launch of nED100 in 2013, Norvento has been working hard to simultaneously reduce the cost and boost the operational efficiency of the turbine. Last year, the firm launched an extended 24-metre rotor to increase energy production by up to 10%. The only 100kW turbine in the world to have received IEC-61400 design certification, nED100 continues to break performance records at sites throughout the UK and sets a benchmark for safety and reliability.