Monday, 10 October 2011
0
Toby Price
The world’s largest food and nutrition group, Nestlé, is to invest in wind power in an effort to meet 85 percent of its electricity requirements in Mexico with wind energy. The Swiss multinational’s commitment is helping the Central American country develop its wind industry. 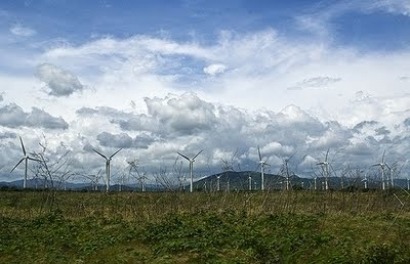 The Latin American Wind Association (LAWEA) has revealed that Nestle is turning to wind power in Mexico as part of an investment of 60 million Swiss francs in sustainability projects in Mexico, aimed at cutting water consumption by 23% and energy use by 39% per tonne produced over the next five years.

Nestlé's strategy is to build 14 wind farms across the country. "These measures are being carried out across the group in the world, and Mexico is a very good example of this, as we have this program to change all the energy we use for wind," said Chris Johnson, Vice President and CEO of Nestlé Americas (United States, Canada, Latin America and the Caribbean) as reported by Mexico Business Web.

Wind power on the up in Baja

LAWEA highlights that Mexico is making good progress in growing its wind industry. In Baja for example, in addition to 1 operating wind farm (the state-owned Tecate wind farm that began operations in March 2010), a further four projects are in the pipeline.

The projects under development are Energia Sierra Juárez being developed by Sempra Energy; a wind farm development by the Spanish company Union Fenosa, which already has the authorization from the three levels of Government; the recently announced Cannon Power Group project to be developed in the municipality of Tecate; and Fuerza Eolica de San Matias, a 20-MW project to be developed in the native community Kiliwa in the municipality of Ensenada. It is planned that some of these projects will export the electricity they produce to the United States.

Elsewhere on the American continent, Guatemala is gearing up to develop its wind resources. At least 10 of 16 monitored areas have a high potential for generating electricity by wind power according to the results from the installation of wind measurement towers, says the Ministry of Energy and Mines. Feasibility studies have already been performed for some projects and licenses granted, while preparations are under way to start the funding and construction phases of these projects. The country is planning a public international bid for 800 MW.

In Brazil, the National Electric Energy Agency (ANEEL) has authorized the entry into operation at full load of the Alhandra wind farm (6.3 MW) in the state of Paraíba, Northeast Region. The Alhandra wind farm was made possible thanks to the Federal Government Incentive Program for Alternative Sources of Energy (PROINFA). Chile, meanwhile, is scheduled to open its first wind blade manufacturing facility, owned by Same Energia, in November of this year. The facility has a projected capacity of 50 blades per annum, while two additional plants with an estimated annual production of 300 and 600 are planned for the future. The 4,000 square metre plant and 100 workers will produce 42 metre-long fiberglass blades.