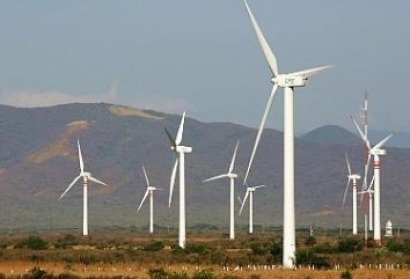 The project consists of the installation of 30 wind turbines, each with a nominal capacity of 1.8 MW, which will be provided by the Danish company Vestas.

The Mexican retailer Organización Soriana will purchase the electricity produced by the wind farm through a long-term power purchase agreement.

“This electricity will be used by Soriana to supply 163 stores throughout Mexico, which represents the displacement of 100,00 tons of carbon dioxide a year, equivalent to taking 29,000 cars a year out of circulation,” said Aurelio Adán Hernández, Soriana Chief Financial Officer. “Construction is scheduled to begin during the first quarter of this year and is estimated to cost more than $130 million.”

Once completed the facility will be the first wind farm in the state of Tamaulipas.

“This is the first wind energy project in Mexico to be funded by NADB,” said NADB Managing Director Gerónimo Gutiérrez. “It’s an example of the joint efforts of the public and private sectors to implement clean energy projects, as well as supports the efforts of the State of Tamaulipas and the Mexican Government to combat climate change.”

Tamaulipas Governor Egidio Torre Cantú said “El Porvenir reflects the potential for developing wind energy projects in Tamaulipas, as well as his Administration’s commitment to promoting investment in the state, to the environment and to the development of sustainable infrastructure.”

The project, which was certified by the Border Environment Cooperation Commission (BECC) in February 2012, is expected to displace over 90,976 metric tons of carbon dioxide (CO2), 1,442.4 metric tons of sulfur dioxide (SO2) and 189.7 metric tons of nitrogen oxides (NOx) per year.