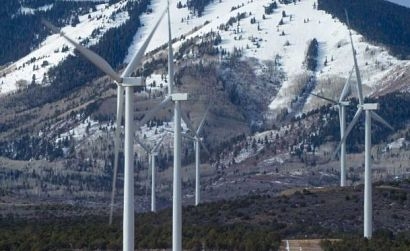 Christine Mikell, principal of Enyo Renewable Energy, added that the project will become a tremendous renewable energy resource for Platte River and that, given that the contracts are in hand, Enyo can begin working with regional regulatory agencies so that construction may begin as soon as possible.

More than 30 percent of the electricity currently supplied to Platte River’s owner municipalities comes from carbon-free resources (hydro, wind and solar). This amount ranks among the highest levels provided by wholesale electric suppliers in the Rocky Mountain Region and is about twice the national average. By adding the 150 MW of wind power in late 2020, Platte River could achieve a 48 percent carbon-free energy portfolio for its customers.

The Platte River Board first directed its staff to seek proposals to add up to 50 MW of new wind power capacity in mid-2017. The move is part of its strategy to diversify resources while balancing financial and environmental interests. The decision to move forward to agree a PPA was finally made in December.