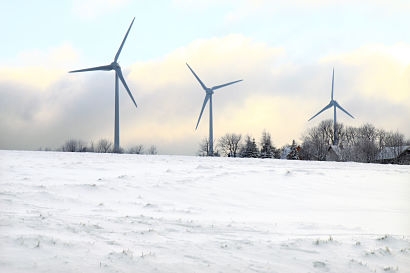 The project was completed on 21st December 2018 and is the first wind project that RES has self-performed in the State of New York. It consists of 40 Vestas V110 2.0 MW wind turbines and employed over 300 workers at its peak with 300,000 man-hours of labour completed safely. Construction of the wind farm began in 2017 in an area that receives one of the highest levels of snowfall in the United States.

Capitalizing on New York State’s ambitions for clean energy development, the project provides an economic investment opportunity as well as an increase in the green jobs quota, and is financed through a 15-year Power Purchase Agreement with Narragansett Electric Company, a wholly-owned subsidiary of National Grid.

“RES has met the challenge to deliver clean energy to New York head on” said Rick Ortiz, RES Senior Vice President of Wind Construction.  “We are proud of working alongside EDF Renewables to make clean energy a reality in New York and are particularly grateful to our team that engaged with the local community.”

By partnering with the local groups in Lewis and Jefferson Counties, the project secured a significant level of community involvement.  RES employees engaged in various community support initiatives throughout the construction period, including raising over $2,000 for a shelf stable food drive for senior citizens during the winter months, a donation to build a new playground at a local school, and donating 42 units of blood for the local American Red Cross.