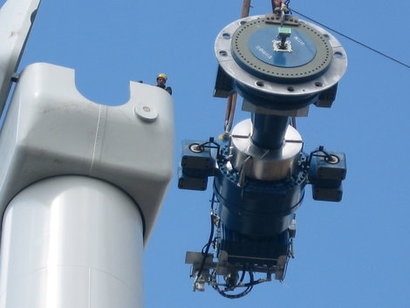 The project is owned by EDP Renewables (EDPR) and is scheduled for start of operations before the end of 2017. It will provide enough clean electricity to power approximately 19,000 Ohio homes and will incorporate 30 Vestas V110 2.2 MW wind turbines. The National Renewables Cooperative Organization (NRCO) has facilitated a 20-year power purchase agreement with Southern Maryland Electric Cooperative (SMECO). The project is expected to create 235 jobs during the peak of construction and up to seven permanent jobs once operational.

“RES is grateful to the surrounding community for being supportive during the development cycle for this project” said Shalini Ramanathan, VP Origination, RES in the Americas. “That patience has paid off and now Hog Creek Wind Project will bring significant benefits to the region. RES is pleased to construct our third project for EDP Renewables, a tremendous partner in bringing the benefits of renewable energy to communities across North America.”

Ryan Brown, EDP Renewables North America Executive Vice President – Eastern Region and Canada, added that the project is a great addition to EDP Renewables growing wind portfolio in Ohio and that EDPR is keen to make additional investments in the state in order to provide more economic benefits to state residents and communities. The company has additionally applauded efforts to ease Ohio’s onerous siting regulations, which, if amended, would encourage more wind development in the state.

Upon completion, EDPR will have expanded its operational capacity in Ohio to more than 260 MW. Hog Creek Wind Project will make property tax payments to Hardin County estimated at $594,000 per year and more than $10 million will be paid to local landowners through the life of the project. Hog Creek Wind Project has additionally donated $20,000 to the Hardin County Historical Museum to upgrade the electrical system in the building and established an internship program with Ohio State University that is expected to begin in 2018.

The project is the first wind project that RES has developed or constructed in Ohio. The company has previously developed three innovative energy storage facilities across the state (Clinton, Willey, and Battery Storage of Ohio).  The completion of the Hog Creek Wind Project will see EDP Renewables owning and operating a total of three wind farms in the state, the other two wind farms being the 100 MW Timber Road II Wind Farm (operational since 2011) and the 101 MW Amazon Wind Farm US Central (operational since 2016).