Senvion commissions its biggest wind project in Poland to date

Thursday, 28 January 2016
0
REM
Senvion has commissioned 14 of its 2 MW turbines for a second wind farm around the city of Nowy Staw, which is located about 50 kilometres south-east of Gdańsk, Poland. 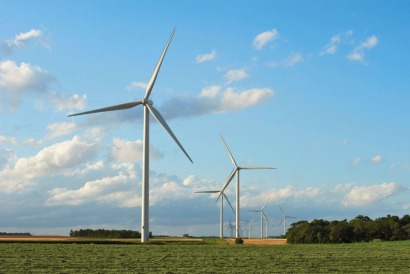 Both wind farms are operated by RWE Innogy and with 36 turbines in total, they form the biggest Senvion wind project in Poland to date.

With its 22 Senvion MM92 turbines erected in 2013 and the newly installed 14 Senvion MM100 turbines, the wind farm with a total rated power output of 73.1 MW will produce enough green electricity to supply an equivalent of more than 92,250 average Polish households*.

After having signed the contract for the 14 Senvion MM100 turbines with RWE Innogy at the beginning of 2015, the erection of the Senvion turbines started in August 2015. Two installation teams with two crane lines installed the turbines with a hub height of 100 meters and finished assembly at the end of September.

Al turbines were operational as of 16 October, and in December the permit of use was delivered. The wind farm feeds electricity into the grid via an onsite substation. The substation is connected to an RWE HV-Line leading to the nearby city of Malbork, where it is connected to the distribution grid of the local utility. With an accumulated swept rotor area of 109,956 m2, which equals the size of more than 15 football fields, the 14 Senvion MM100 turbines capture wind energy efficiently, making them an ideal supplement to the Senvion MM92 turbines in Nowy Staw. The Senvion MM100 is a reliable turbine even at low-wind sites in Poland.

“The commissioning of the second project in Nowy Staw demonstrates once again their ideal suitability for Polish wind conditions. The Nowy Staw wind farm will make an important contribution to the country’s wind energy efficiency and  represents again the strong partnership between RWE Innogy and Senvion,” said Hendrik Böschen, managing director of Senvion Polska.

"Since 2008 we have built eight wind farms here. We have plans to participate in upcoming wind auctions for further projects in locations with good wind conditions,” Weite said.

Senvion has been operating in the Polish market since 2010 and has installed 168 turbines with a total rated output of 350 MW.