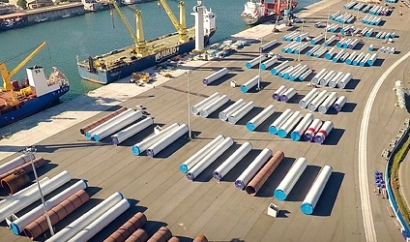 The renewable energy products, which will be the first of their kind in Russia, will be built in the Rostov Region. The wind energy equipment will be installed as part of a government program to develop and stimulate the generation of renewable energy sources in Russia.

During the first stage, total investment in the project will be more than $11 million. Windar Renovables will have a 51 percent stake in the joint venture, and RUSNANO and Severstal will each hold 24.5  percent. Windar will be responsible for delivering the technology to construct the WDPP towers to Russia. Severstal will have the opportunity to supply, on competitive terms, the steel plate necessary for production.

The JV enterprise’s production capacity will reach 300 MWt per annum within next 2 years.  Initially, its key customers will be the joint fund created by Rusnano and Fortum. Vestas, a global WDPP supplier and technological partner, has been selected to be the main equipment supplier for the fund.

Justo Acedo, General Director of Windar Renovables, said, “The company has been working in the renewable energy market since 2007 and is one of the world leaders in manufacturing towers for onshore and offshore WDPPs and offshore foundations. This new factory will increase the production capacity of the Rostov Region with a new technology and know-how imported from our factories around the world.”

Alexander Shevelev, CEO of Severstal, added, “Wind power accounts for a growing share of the world’s electricity generation, and we are seeing the beginning of this trend in Russia as as well. Severstal plans to extend its activity in this area to support the development of further wind power capabilities in Russia."