Friday, 13 December 2019
0
Robin Whitlock
Siemens Gamesa is launching a new era for wind power with a deal to supply the most powerful geared onshore wind turbine ever, the SG 5.8-155 wind turbine, for deployment in the second quarter of 2021 in the Skaftåsen project in Sweden. 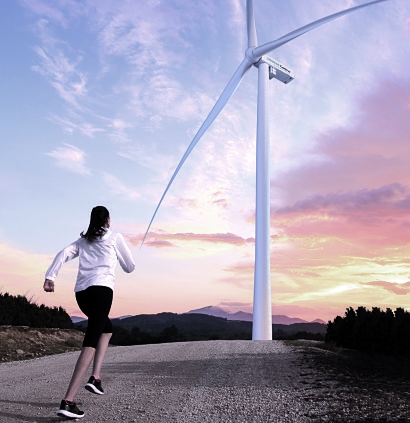 The 35 units all have a flexible power rating operating at 6.6 MW and will be the first in the world to feature the Siemens Gamesa 5.X platform. Project developer Arise AB and infrastructure investment manager Foresight Group LLP have chosen this latest generation of onshore turbines due to its strong performance and advanced design, combining reliability with maximum Annual Energy Production (AEP) for the lowest Levelised Cost of Electricity (LCoE). The new generation of onshore wind turbines will generate predictable revenue streams over its lifecycle, improving the business case of the project.

The 231 MW order marks the debut of the Siemens Gamesa 5.X platform, only months after its presentation in April 2019, during WindEurope Bilbao trade fair. It reinforces the company’s leading position in the Swedish market, one of the most dynamic in Europe. Additionally, the debut of the Siemens Gamesa 5.X in one of the world’s most sophisticated wind markets highlights the superior performance of a platform developed by an engineering team bringing together the best technologies for use in a wide range of markets and requirements.

Siemens Gamesa 5.X goes one step further to become the new generation platform with the biggest unitary power on the market and the largest rotor diameters, 155 and 170 metres, resulting in maximum performance in high-, medium and low-wind conditions. Both turbines mean greater AEP per wind turbine and optimised project CAPEX. This is also due to improved versatility, with a modular, flexible design for maximum ease of logistics, construction and O&M, as well as reducing the OPEX, which results in a lower cost of energy for projects.

“Our vision has been to create the most competitive onshore product for any site condition and requirements” said Alfonso Faubel, Siemens Gamesa’s Onshore Business Unit CEO. “We can increase the operating rating power or adapt the Siemens Gamesa 5.X to low temperature conditions - and we have designed it with two rotor variants and carbon caps on blades. We are pushing the boundaries of onshore wind power with this platform, which offers the largest AEP in the onshore segment. And we are very pleased to partner up with pioneering companies such as Arise and Foresight who are willing to take wind power to the next level with us”

To adapt successfully to temperatures that can reach -15º C in Fågelsjö, where the turbines will be installed, they will be delivered in the cold climate version of the platform, capable of withstanding -40°C and operating at temperatures as low as -30°C. The turbines will feature the STC, a turbine control software system also used for Siemens Gamesa offshore products, meaning that all enhancements can be transferred, facilitating the work of the service technicians.

The project was developed by Arise AB, one of Sweden’s leading developers. The project has been acquired by funds managed by Foresight, a leading UK-based renewable energy infrastructure investor.