Thursday, 10 March 2016
0
Robin Whitlock
Siemens have entered into an agreement with the Moroccan government to build a new wind turbine blade factory in the country, creating up to 700 jobs. 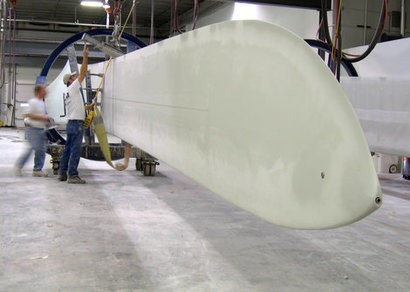 The new factory will triple Siemens footprint in Morocco. Construction is expected to start as early as spring 2016 and scheduled to commence operations in spring 2017. Clean renewable energy will play an important part in meeting Morocco’s energy demand, given the country’s target of generating 42 percent of its electricity from renewables by 2020. 20 percent of this will come from wind power and the overall target was uprated to 52 percent by 2030, as announced by King Mohammed VI at the COP 21 meeting in Paris last year.

“We invest where we see strong business opportunities” said Markus Tacke, CEO of the Siemens Wind Power and Renewables Division. “Morocco is the perfect location from which to serve the growing onshore wind power markets in Africa, the Middle East and Europe. The economy is strong, the political climate is stable, and Morocco has a young, skilled and motivated workforce. These factors make Tangier the ideal site for this new state-of-the-art factory.”

The planned production facility will have a surface area of 37,500 square meters – the size of roughly five soccer fields – and will be located in Tanger Automotive City, which is approximately 35 kilometres from Tanger Med port. Centrally located between Europe and Africa, the Tanger Med port provides the right conditions for the handling and export of blades to various locations in Africa, the Middle East and Europe.

Siemens has already implemented several key renewable energy projects, including the 300-MW-Tarfaya project, in Morocco. Siemens can look back over a long history in the country. In 1929, Siemens supplied electrical installations to a cement plant in Casablanca. Since 1956, the company has been continuously present in Morocco with its local legal entity Siemens Maroc.