Monday, 07 March 2022
0
Robin Whitlock
Cornwall Insight Australia has estimated that there will need to be at least 2,850MW of extra wind power generated with the potential for this to rise up to 4,055 MW, to cover the energy loss from the early retirement of the Eraring coal plant. 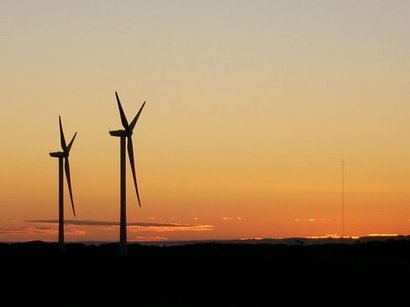 While other coal generators may be able to cover Eraing’s average generation loss if pushed to their limits, to cover Eraring’s 95th percentile of generation over the evening peak (5:30pm-11pm period), coal alone would be insufficient.

The maximum profit (i.e. market efficient) of the technologies to satisfy the profile: to satisfy a 75th percentile Eraring profile, no extra solar capacity would be needed as 319 MW is already covered in the forecasts, however an additional ~3,196 MW of wind would be needed.

Cornwall Insight Australia have also calculated that to meet the 95th percentile, there would need to be an increase in storage capacity, with up to 1,112 MW of extra capacity needed.

“The announcement of the early retirement of Eraring power station came as a shock to many in the market” said Ben Cerini, Managing Consultant at Cornwall Insight. “The loss of capacity and squeeze over the ramping period are likely to put a strain on coal generators to ramp more heavily, and at the same time create pressure in raise regulation FCAS markets, potentially increasing energy prices and damaging the availability of ramping capacity. Given the size of the task, there have been many questions asked over how renewables may help fill the capacity void.

While current forecasts for solar power generation are largely sufficient to cover the expected additional solar needs resulting from Eraring’s exit, current expected wind power generation is significantly less than the levels we would need. In many areas of the country, we are seeing wind capacity grow, but it is a slow process and in some case resources are constrained by connection limitations. The closure of Eraring might be the impetus needed to push developments, such as the Renewable Energy Zone in northern NSW, to speed up their hosting capacity and allow for accelerated renewable development.

With the federal government stepping into the market with Kurri Kurri and the NSW proposing a 700MW battery, the potential shortfall over the peak may well be covered. However, it would be short-sighted for our only goal to be covering the lost generation from Eraring, if Australia wants to meet its target of net zero by 2050, we need to see increased investment in renewables and battery storage with or without Eraring power station.”