Tuesday, 01 March 2011
0
Mike McGovern
The Chinese news agency, Xinhua, has cited Sinovel’s director, Tao Gang, as saying that the Chinese wind turbine manufacturer will launch a six-megawatt machine next summer, and that it has also undertaken the development of a huge ten-megawatt turbine. 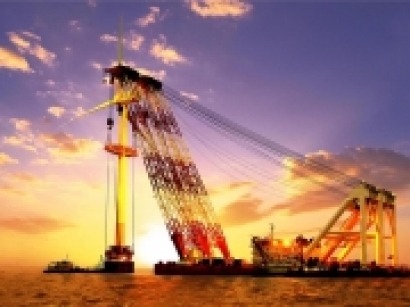 The Chinese wind power market, which became the largest in the world in 2010, is beginning to develop its own industry to compete with European firms, which still lead the global wind rankings. Sinovel's bid to develop multi-megawatt turbines capable of competing with European-built giants may be the first sign that China is not going to conform with installing foreign technology on its soil, but wants to develop its own home-grown industry. According to the manager of Sinovel, Tao Gang, "the development of the [new] product has given a boost to the production of parts and components in China".

The new Chinese machines are set to compete with the huge wind turbines being developed by several major European manufacturers. For example, the Danish multinational Vestas has announced plans to launch its six-megawatt wind turbine in March. Vesta’s new offering will compete with six and seven-megawatt turbines being rolled out by German companies Enercon, Bard and Multibred-Areva, and also with those being developing by Alstom and Gamesa in Spain.

Sinovel already boasts 1.5-, three- and five-megawatt machines, with the three-megwatt model being used to construct the country's first offshore wind farm, the 102-MW Shanghai Donghai Bridge array (pictured), which was connected to the grid last August. With its 10-MW wind turbine, Sinovel could compete with companies such as Clipper (United Kingdom), AMSC (USA) and Sway Power (Norway). In Spain, Iberdrola, Acciona and Alstom have brought together 22 research centres as part of the Azimut Project, led by Gamesa, the aim of which is to develop a massive 15-MW turbine.