Monday, 29 December 2014
0
Robin Whitlock
A report by the Communities and Local Government Select Committee has sharply criticised the Secretary of State, Eric Pickles, for his delays in deciding the fate of wind farm applications. 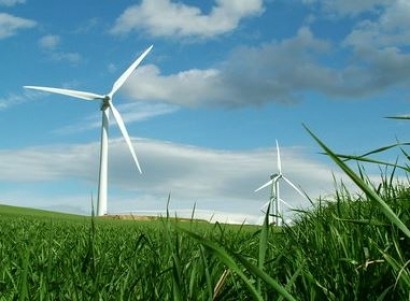 Mr Pickles has personally intervened in the planning process with regard to planning applications by companies involved in developing wind farm projects. The Communities and Local Government Select Committee has now sharply criticised him for the length of time he takes to decide whether these projects should go ahead.

The study by CLG assessed the impact on UK wind farm development by the government’s National Planning Policy Framework (NPPF). It noted that in 2013 Mr Pickles approved 81.25 percent of housing schemes compared to only 28.6 percent of renewable energy projects. Based on this finding, the CLG warned Pickles that his actions risked deterring investors from entering the UK clean energy sector.

“The British wind industry feels vindicated for taking Mr Pickles to task for his constant meddling in onshore wind applications in England” said Maf Smith, Deputy Chief Executive of RenewableUK. “A cross-party committee of MPs has acknowledged the damage caused by the Secretary of State’s continued interventions in wind projects. What the CLG Select Committee doesn’t call out though is the blatant political motivation for Mr Pickles’ interference. He needs to be reined in to stop stifling new developments; he’s sacrificing energy security, new jobs and much-needed local investment in the most cost-effective form of renewable energy that we have.”

The Confederation of British Industry (CBI) provided written evidence to the committee in which it said that such intervention is “having a serious impact on investor confidence in the renewable energy sector and indicates a lack of trust by government in the planning profession to interpret policy and guidance appropriately.”

Since June 2013, Eric Pickles has intervened in a total of 52 onshore wind projects, taking decisions on 26 of these so far. He has refused 23 of these and approved just 3, a refusal rate of 88 percent.

At least 8 of the projects refused by Pickles went against the professional advice of the Planning Inspectorate (PINS) which recommended approval. A total of 18 projects were in line with PINS guidance.

These 52 projects have a combined capacity of 527.88 MW – enough energy to supply clean electricity to 283,940 homes all year round, and representing investment worth a total of over £590 million.