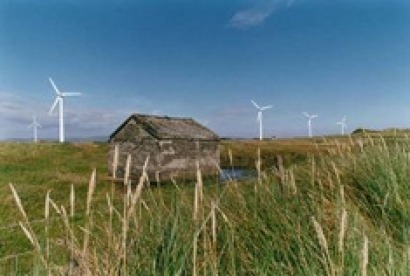 “This new call for evidence will look at ways to reward host communities and ensure that wider investment, employment and social benefits are felt locally,” said Ed Davey, the UK’s Energy Secretary.

The community benefits consultation will seek new information on:

The Government will also seek the latest information on the cost of onshore wind to confirm whether subsidies from April 2014 have been set at the correct level.

“Onshore wind has an important role to play in a diverse energy mix that is secure, low carbon and affordable. We know that two-thirds of people support the growth of onshore wind. But far too often, host communities have seen the wind farms but not the windfall,” commented Davey. “We are sensitive to the controversy around onshore wind and we want to ensure that people benefit from having wind farms sited near to them.

“This new call for evidence will look at ways to reward host communities and ensure that wider investment, employment and social benefits are felt locally.

“We must also ensure that our policies are based on the best available evidence, so that consumers are not over-subsidising any one technology. That’s why we are seeking new evidence on the cost of onshore wind.”

Energy Minister, John Hayes, reiterated Davey’s comments adding that the call for evidence is “a recognition that both parties in the Coalition are alive to the need for fresh thinking about community engagement on onshore wind”.

"Appropriately sited onshore wind has a role to play, but if we're to make this work in a way that garners popular support, we've got to see a big improvement in how developers engage with local communities, new ways of ensuring a sense of local ownership and more obvious local economic benefits. The Government is open minded about how we go about this, and that's what this call for evidence is about. It's an opportunity for anyone with a view about onshore wind - proponents and opponents alike - to come forward with workable ideas and solutions," Hayes said.

According to data from the National Grid, production of electricity from wind reached a historical record on the 6 September, with around 10% of all electricity delivered to consumers generated by the UK's wind farms.

At the peak time of 8.30 pm, 1,860 MW was being generated – largely from Scotland – accounting for 4.7 per cent of total generation at the time. National Grid also believes that if embedded wind generation (generation feeding directly into the low voltage local electricity networks by smaller wind farms) is taken into account wind generated about 10 per cent of GB's power during the 24 hour period.

“This news confirms that not only are the wind farms we have built so far starting to deliver, but that UK wind farm electricity yields are the best in Europe, and comparable with established technologies such as hydro,” explains RenewableUK Chief Executive, Maria McCaffery. “These figures underpin the strong contention that renewable energy – and wind energy in particular – is no longer alternative. It is on the scale and growing rapidly."

Currently, the UK wind industry pays a minimum of £1,000/MW to communities, but in reality many provide larger benefits packages. One case study highlights the benefits onshore wind can have for local communities.

Revenue generated from the Burnfoot Hill Wind Farm in Glendevon (Scotland) has been used to support the Ochils Landscape Partnership (OLP), a £2.26 million portfolio of small projects (currently 22), which provide long-term social, economic and environmental benefits for the area. The objectives of the scheme are to conserve the area’s built, social and natural heritage with opportunities for local people to learn and participate in the work. The wind farm provides more than 50% of the OLP’s funding, with £0.5 million having already been contributed to get a number of projects up and running. This funding has also allowed the OLP to secure matched funding from other sources.

On Tuesday this week, the latest wave of DECC’s public attitude survey was published. Perceptions of a range of renewable energy sources were mostly positive. Onshore wind had good support (66%) but had the highest level of opposition, though this was still only 12% opposing, with 4% strongly opposing.

"We are expecting to see the contribution of electricity from wind gradually increase over the next decade, to around 30% of the UK's total consumption,” concludes Maria McCaffery.

Tags: Wind ,wind farm ,Electricity ,Renewable energy ,Employment ,Grid ,Europe ,Hydro ,Wave ,Wind energy ,Carbón
Add a comment
dana342
Heloo123
AlishaOtto
I get a project from my professor about wind energy for that i am making a wind turbine project.I take the help for best dissertation services to complete project and i also make some of them for that I need more information about wind energy so i visit to your site and your post is so informative and easy to understand.Thanks to share this post.
¡Suscríbete!
biogas