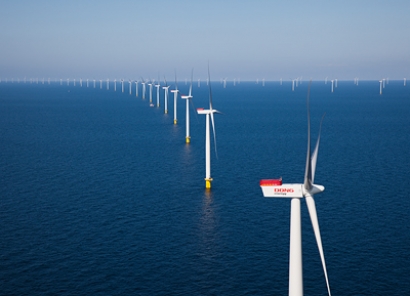 The bill would create a federal grant program to assist colleges, universities, state and local governments, unions, and nonprofits in the development of programs to prepare workers for jobs in offshore wind.

The potential for offshore wind development in the US is substantial. According to the US Department of Energy, if the country used even 1 percent of its technical potential offshore wind capacity, it could power nearly 6.5 million homes. The United States’ first wind farm, the Block Island Wind Farm in Rhode Island, creates enough electricity to power 17,000 homes. Since Block Island powered up, states along the East Coast have committed to build out nearly 20,000 MW of offshore wind capacity.

“This legislation recognizes the potential for off-shore wind energy along the Eastern seaboard to create jobs and economic growth” said Mike Langford, National President of the Utility Workers Union of America (UWUA). “At the same time, it upholds essential workforce development strategies targeted in this growing energy sector, including union training and apprenticeship programs. We look forward to advancing this effort which represents important progress building a worker and community-supported renewable energy sector.”

BlueGreen Alliance Interim Co-Executive Director Mike Williams added that the offshore wind industry holds great potential for job creation and economic growth and will drive down the emissions that cause climate change.

“We need to prepare our workers to be ready to seize the opportunities coming out of this growing field -while also ensuring the jobs created by the industry are good-paying, safe jobs” Mr Williams said. “The Offshore Wind Jobs and Opportunity Act will do just that.”