US wind industry on crest of wave, finds report

Wednesday, 05 September 2012
0
REM
According to a new report released by the US Department of Energy and prepared by Lawrence Berkeley National Laboratory, the US remained one of the fastest-growing wind power markets in the world in 2011  – second only to China. Wind installations in 2012 are expected to be even higher, although the report warns the expiration of key federal incentives could bring installation rates crashing down in 2013, despite a significant decline in the cost of wind energy. 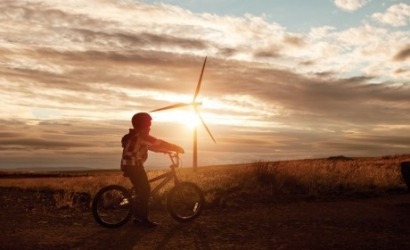 Roughly 6.8 gigawatts (GW) of new wind power capacity were connected to the US grid in 2011  – more than the 5.2 GW built in 2010, but below the 10 GW added in 2009. Howeverm according to a new report entitled “2011 Wind Technologies Market Report”, new wind power installations are widely expected to be substantially higher in 2012 than in 2011, and perhaps even in excess of 2009’s record build. Wind, driven by the threat of expiring federal incentives.

Other key findings from the US Department of Energy’s “2011 Wind Technologies Market Report” include:

• Wind is a credible source of new generation in the US Wind power comprised 32% of all new US electric capacity additions in 2011 and represented $14 billion in new investment. Wind power currently contributes more than 10% of total electricity generation in six states (with two of these states above 20%), and now provides more than 3% of total US electricity supply.

• In spite of the lack of policy clarity, wind turbine manufacturers and their suppliers continued to localize production domestically in 2011. As a result, a growing percentage of the equipment used in US wind power projects is being sourced domestically:   67% in 2011, up from just 35% back in 2005-2006.  However, Ryan Wiser, a Staff Scientist at Berkeley Lab and co-author of the report, notes, “behind these positive headline numbers, the domestic wind industry supply chain is currently facing severe pressure, due to uncertain prospects after 2012.”  Specifically, profit margins have been declining and concerns about manufacturing overcapacity have deepened, potentially setting the stage for significant layoffs if demand for turbines (for post-2012 delivery) does not pick up.

• Turbine scaling has boosted wind project capacity factors. Since 1998-99, the average nameplate capacity of wind turbines installed in the US has increased by 174% (to 1.97 MW in 2011), the average turbine hub height has increased by 45% (to 81 meters), and the average rotor diameter has increased by 86% (to 89 meters).  This substantial scaling has pushed average capacity factors among new wind projects higher over time, though the increase has been mitigated in recent year by significant curtailment of wind energy output in some regions, along with a trend towards wind developers building out lower wind speed sites.

“Wind PPA prices – particularly in the central US – are now approaching previous lows set back in 2003,” notes Berkeley Lab Research Scientist and report co-author Mark Bolinger. “But even with today’s much lower wind energy prices, wind power still struggles to compete with depressed natural gas and wholesale power prices in many parts of the country.”

Looking ahead, projections are for continued strong growth in 2012, followed by dramatically lower but uncertain additions in 2013. With key federal incentives for wind energy (including bonus depreciation and a choice of the production tax credit, investment tax credit, or Section 1603 Treasury cash grant) currently slated to expire at the end of 2012, new capacity additions in 2012 are anticipated to substantially exceed 2011 levels – and perhaps even the record high set in 2009 – as developers rush to commission projects.

At the same time, the possible expiration of these incentives at the end of 2012, in concert with continued low natural gas prices, modest electricity demand growth, and existing state policies that are not sufficient to support continued capacity additions at the levels witnessed in recent years, threatens to dramatically slow new builds in 2013 and beyond, despite recent improvements in the cost and performance of wind power technology.