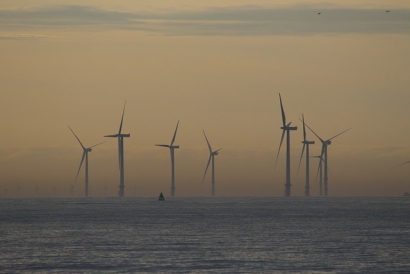 “We want to thank BOEM for all of the work they’ve done since we submitted the permit application in December of 2017 on this first-in-the-nation project,” said Vineyard Wind CEO Lars T. Pedersen.  “More than three years of federal review and public comment is nearing its conclusion and 2021 is poised to be a momentous year for our project and the broader offshore wind industry. Offshore wind is a historic opportunity to build a new industry that will lead to the creation of thousands of jobs, reduce electricity rates for consumers and contribute significantly to limiting the impacts of climate change.  We look forward to reaching the final step in the federal permitting process and being able to launch an industry that has such tremendous potential for economic development in communities up and down the Eastern seaboard.”

Located 15 miles off the coast of Martha’s Vineyard, Vineyard Wind 1 is slated to become the first large-scale offshore wind farm in the United States.  With a generating capacity of 800 megawatts (MW), the project will provide significant benefits to the Commonwealth of Massachusetts by providing clean electricity to power more than 400,000 homes, creating thousands of good paying jobs, and reducing electricity rates by $1.4 billion over the first 20 years of operation.  The project is also expected to reduce carbon dioxide emissions by 1.68 million metric tons annually, the equivalent of taking 325,000 cars off the road each year.

“This is the day the U.S. offshore wind industry has been anxiously awaiting for years. Today’s announcement provides the regulatory greenlight the industry needs to attract investments and move projects forward. Now, BOEM must continue to consider the unique characteristics of each Wind Energy Area and move the 10 other projects through the permitting process. The U.S. can’t be one and done; otherwise, we cannot compete with the explosive growth currently seen in Asian and European markets. For the U.S. to fully achieve environmental and economic benefits of offshore wind, we must move to localize the supply chain in America and train businesses on industry supply chain needs. Done right, that means new orders for manufacturers, well-paying jobs for welders and engineers, and renewed shipyard activity across the U.S. The Business Network for Offshore Wind is dedicated to developing that supply chain and helping usher in the next great American industry,” said Liz Burdock, president and CEO of the Network.

The origins for the Vineyard Wind 1 Project date back to 2009, when the Commonwealth of Massachusetts and BOEM began a stakeholder process to identify offshore wind energy areas south of Martha’s Vineyard.  Following that process, Vineyard Wind was awarded a lease area in a competitive auction held by BOEM in 2015, submitted its state and federal permit applications in 2017 and subsequently won the first large-scale offshore wind contract in a competitive procurement in Massachusetts in 2018.

The Vineyard Wind 1 project has already received all relevant permits required by the Commonwealth of Massachusetts as well as regional and local bodies.  Vineyard Wind has community partnerships and agreements with Vineyard Power on Martha’s Vineyard, the towns of Barnstable and Nantucket, fishery mitigation agreements with the states of Massachusetts and Rhode Island, a fishery science collaboration with UMass Dartmouth’s School of Marine Science and Technology, as well as a landmark agreement with leading environmental organizations on protection of the North Atlantic Right Whale. Vineyard Wind has also committed to using the New Bedford Marine Commerce Terminal during construction of the project.

Vineyard Wind is expected to reach financial close in the second half of 2021 and begin delivering clean energy to Massachusetts in 2023.

Vineyard Wind is a joint venture between Avangrid Renewables, a subsidiary of AVANGRID, Inc. and Copenhagen Infrastructure Partners.