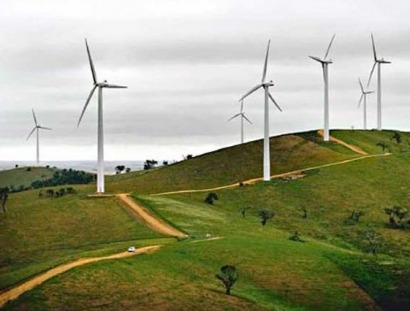 The hearing has been seen as an important test case which could have set a precedent for local authorities around the UK and created ‘no go areas’ for wind turbines. Buffer zones have been favoured by certain Conservative MPs opposed to wind turbines with one Tory member of the House of Lords submitting a Private Members Bill to introduce a national buffer zone.

Judge John Howells QC rejected Milton Keynes Council’s attempts to change its local development plan in order to block development of large wind turbines within 1.2 kilometres of residential properties. The case followed complaints by RWE Npower Renewables that two of its proposed wind farms in Buckinghamshire had been blocked by the council under its new policy despite the proposals being in line with local policy permitting wind farms located at least 350 metres away from homes. Judge Howells ruled that there was “no objective justification” for arbitrary proximity restrictions for new turbines and that the policy was clearly in conflict with established planning guidance.

Milton Keynes Council will now have to amend the policy, however Judge Howells also ruled against RWE’s argument that the council’s stance was itself unlawful on the basis of conflict with national renewable energy targets. This could leave a door open for councils to place other restrictions on proposed renewable energy projects.

“On the matter of buffer zone policies more generally, the judge concluded that national guidance 'plainly indicates' that local authorities should not have a policy that planning permission for a wind turbine should be refused if a minimum separation distance is not met,” said Dr Wayne Cranstone, RWE Npower Renewables onshore development and projects director adding that the company was keen to continue working in partnership with the council. “We remain committed to investing in renewable and sustainable energy solutions for Milton Keynes and the UK” he continued. “The investments we're making bring economic benefits to areas hosting wind farms, create thousands of jobs across the country and assist in reducing the impact of climate change and increasing the security of energy supply.”

Maf Smith, deputy chief executive of the trade association RenewableUK said that it is inappropriate for councils to impose arbitrary limits on where projects should be located and that blanket bans and buffer zones are “blunt instruments that take no account of local conditions. Each proposal should be examined on a case-by-case basis so that a well-balanced decision can be reached. As two-thirds of the British public consistently support wind energy, their views should be given due weight in the democratic process.”

Friends of the Earth planning campaigner Naomi Luhde-Thompson echoed Mr Smith’s comments arguing that the council’s plans were ‘short-sighted’ and would have dealt a serious blow to efforts within the UK to build a safe, clean and affordable energy system, not just in Milton Keynes but in other areas of the country too.