Friday, 19 July 2013
0
Robin Whitlock
The number of wind farms could increase in the UK following a successful test of new safety equipment 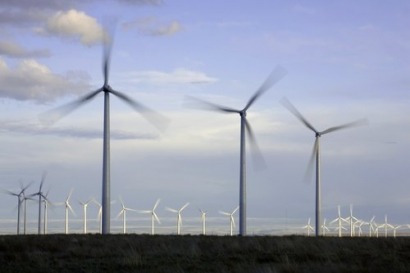 WWF Scotland director Lang Banks has said that the number of wind farms in the UK could increase following the successful testing of new safety equipment designed to eliminate concerns over installing turbines near airports. The equipment could allow double the present number of wind farms built across the country after a successful trial conducted near Prestwick airport in Scotland. The test of the revolutionary new 3D holographic radar system successfully demonstrated its ability to distinguish between aircraft and moving wind turbine blades.

“Un-blocking the many wind farm schemes currently held up by concerns about radars and airports would be a major boost to plans to generate electricity from pollution-free sources” Mr Banks commented. “The right renewable technologies still need to be sited in the right places. However, it's great to hear that these tests to eliminate safety concerns over installing turbines near airports have been successful.

The new radar can block out wind turbine blades on radar screens, something that existing 2D radar can also do but not with the same level of accuracy. So far airports north and south of the Scottish border have opposed wind turbine developments because of fears that moving turbine blades would create ‘clutter’ on radar screens. The company behind the new technology, Aveillant, believes that the new system could be deployed and operating commercially by the end of 2013. This would subsequently lift hundreds of objections against wind turbines resulting in nearly twice the amount of wind farms granted approval across the UK as there are at present. Around 6.2GW of wind capacity has been held up so far by such objections, according to trade association RenewableUK.

“Alongside reducing our overall energy demand, renewables such as wind power help cut climate pollution while creating jobs” added Lang Banks. “Concerns by airport operators are not the only thing holding back renewable ambitions. We hope the MoD are paying close attention to these tests, as their almost blanket opposition to wind turbine applications is seriously hindering the deployment of renewables.”

Aveillant began developing its 3D holographic radar system nearly two years ago, creating a great deal of interest. The aim of the recent tests was to show that the system can reliably detect both wind turbines and aircraft and also intelligently discriminate between the two while also producing data that can be integrated seamlessly into airport radar technology. The demonstrations were attended by representatives from the aviation industry, renewables, regulatory bodies and governments and delegates included the Scottish Government, DECC, the Civil Aviation Authority, Coventry and Prestwick airports, E.ON and Scottish Power.