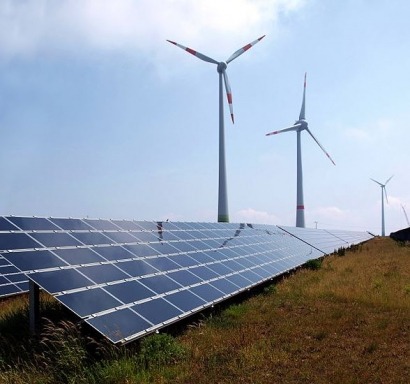 The plan, titled Energiewende, sets the deadline for nuclear phase-out by 2022 and aims for a complete transition to renewable energy sources by 2050. Though the plan has been met with widespread political support and a mostly favorable population, the growing threat of organized opposition to a changing German landscape could prevent the project from reaching its full potential.

Despite this possibility, the energy revolution in Germany seeks to make the country the first industrial nation in the world to complete a full transition to renewable energy sources.

The immediate the results of the Energiewende have showed positive progress for the nation. According to the BBC, in 2012, 22 percent of Germany’s energy production came from renewable sources. The government seeks to increase these production levels to 35 percent by 2020 and at least 80 percent by 2050.  This initial growth has already allowed for renewable energy sources to outweigh nuclear energy in total output.

A positive push for wind turbines along the northern coast has allowed for the installation of numerous wind farms, which supply the northern coast with clean, reliable energy. Now, the challenge is to spread this positive progress to the central and southern parts of Germany, where local opposition groups have begun protesting new renewable developments. These groups oppose the expansion of a renewable network that has already seen successful growth and production in the northern part of the country.

The growing opposition to renewable expansion in central and southern Germany has adopted strong ‘not in my backyard’ (NIMBY) attitudes towards the new developments. Opponents to wind turbines in particular argue that the turbines will vastly change the landscape of Germany, threatening picturesque scenery popular among locals and tourists.

Additionally, concerns over property values have become a key argument for opponents. Without a strategically targeted public affairs campaign, NIMBY opposition is all too likely to stress the costs of renewable technology and often times, create misinformation about the proposal that could begin to raise concerns among undecided or even supportive residents if left unaddressed.

Though the green revolution in Germany comes at a cost of $735 billion, it brings the potential for huge benefits to the nation and the greater continent of Europe. Between 2004 and 2012, jobs in the renewable energy sector tripled in Germany, with approximately 378,000 employed by 2012. This job growth is expected to continue with the increase in renewable technology throughout the nation as a result of Energiewende.

For the rest of Europe, early plans have been discussed to create a renewable energy network amongst European Union nations, allowing for the spread of technology and energy. This network would work to increase the efficiency and access to energy created through renewable sources, wherein nations in short supply of solar or wind energy could tap into other nations excess energy reserves. However, these benefits that the German energy would bring could be threatened should NIMBY opposition increase in organization and strength.

In past instances, NIMBY opponents have used famous sites across Germany to attempt to stall renewable technology development. In southern municipality of Jachenua, Bavaria, an important energy storage facility’s development has been threatened by national organizations. The facility, which is an integral part of the complete transition to renewable energy sources, would transfer water from Lake Walcheness through an underground tunnel to a reservoir atop a local highland when wind and solar energy is produced in excess. When these sources are limited, water would be pumped back down through turbines in the tunnel, thus allowing continuous energy production for the region.

Opponents of the facility argue that a change in the landscape, increased noise levels, and dust from the initial construction of the project will all have a negative effect on nearby residents. While the majority favors this proposal, the voices of the few vocal opponents are making a bigger commotion that has a greater likelihood of garnering the attention of local officials.

Though NIMBY opponents have become more vocal in Germany, they remain a small portion of the population. There is an understanding amongst the general public that this revolution has substantial environmental and economic benefits that vastly outweigh the costs of the developments. The clean, renewable energy sources can benefit more than just the German people, allowing the nation to set a precedent for a green revolution.

Couple the increase in renewable energy sources with an aggressive plan to reduce carbon dioxide output levels over the same time period, and it becomes more than clear that Germany seeks to be a leader in sustainability to benefit the global community.

For Germany, the Energiewende has the potential to become a major success and the first revolution of its kind for an industrialized nation. The complete transition to renewable energy production indicates the willingness of the German people to go green and showcase the benefits, both domestically and globally, of an energy network produced through entirely renewable sources.

For the success this initiative, renewable developments must successfully spread from the northern coast to central and southern Germany, allowing for more households to access this clean network. While NIMBY opponents will continue to attempt to stall the revolution, the widespread political and public support throughout Germany has the potential to become the force that drives a cleaner, more reliable energy future for the world.

I have a solar farm in SPAIN, where the government is doing all it can to destroy renewables. 50,000 families who invested their life savings or their homes, are in danger of loosing everything, many may go bankrupt. The Big utilities appear to be controlling the situation. We are in the dark about the government´s plans for us, they just keep changing the law´s to suit, but tell us nothing about our future incomes.

David
I have a solar farm in SPAIN, where the government is doing all it can to destroy renewables. 50,000 families who invested their life savings or their homes, are in danger of loosing everything, many may go bankrupt. The Big utilities appear to be controlling the situation. We are in the dark about the government´s plans for us, they just keep changing the law´s to suit, but tell us nothing about our future incomes.
¡Suscríbete!
biomass